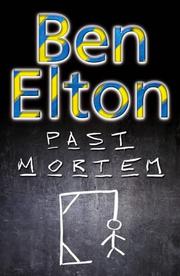 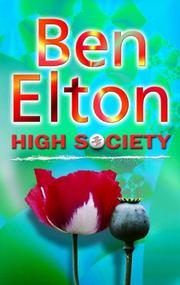 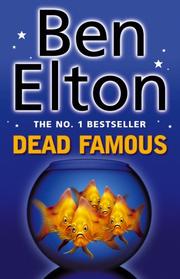 FICTION & LITERATURE
Released: Feb. 1, 2003
DEAD FAMOUS
by Ben Elton
FICTION & LITERATURE
Released: Feb. 1, 2003
DEAD FAMOUS
by Ben Elton
"A delicious high-tech twist on the traditional locked-room mystery, and a fast, funny read."
The British reality TV series House Arrest— "One house. Ten contestants. Thirty cameras. Forty microphones. One survivor"—goes its American counterpart Big Brother one better in its pandering to voyeurism. Powerhouse producer Geraldine Hennessy has cameras in the showers, mandates semi-clothed activities, and keeps the temperature in the house extra high, the better to stimulate nudity and sex. Enter crusty Inspector Coleridge, who's watching a tape from Day 29 of House Arrest, when one of the housemates was murdered by a blurry figure in a white sheet: an audacious crime completely captured on video. Alternating between Coleridge's investigation and accounts of House Arrest from Day 1 on, Elton (Inconceivable, 2000, etc.) offers three mysteries: the identities of the victim (which he withholds as long as possible), the killer, and the House Arrest winner. The contestant/suspects, who are entertaining enough to sustain a satirical novel sans murder, include Jazz, an aspiring black standup comedian; Sally, a humorless lesbian feminist; David, a handsome "serious" actor with a hidden porn past; Dervla, an Irish waif with soulful eyes; and Woggle, an anarchist who never bathes. Far from dampening audience interest or causing the show's cancellation, the murder turns up the heat and provides the stage for an old-fashioned melodramatic finale. Coleridge, who finds the mystery's solution in the pages of Macbeth and is inspired by a recent amateur theater audition, delivers a rousing, albeit shaggy, "the identity of the killer is" speech in order to ferret out same. Read full book review > 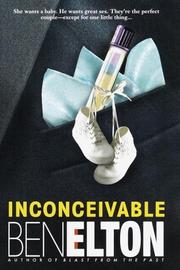 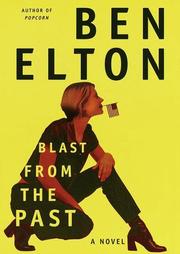 FICTION & LITERATURE
Released: Sept. 7, 1999
BLAST FROM THE PAST
by Ben Elton
FICTION & LITERATURE
Released: Sept. 7, 1999
BLAST FROM THE PAST
by Ben Elton
Standup comic, playwright, and novelist Elton (Popcorn, 1997) comes up with too little that's new to avoid the soporific in this account of lost love rekindled—to no good—among the back alleys of modern London. Polly Slade is one of those left-wing busybodies who can never be persuaded to leave bad enough alone. A social worker at the Office of Equal Opportunity, she evaluates discrimination cases all day long and presses the suits of those who—ve been unfairly passed over for housing or promotion. And what thanks does she get for her trouble? Precious little, unless you count the deranged stalker who fell in love with her and now leaves obscene messages in her voice-mail every night. It's understandable, then, that Polly is less than thrilled to hear her phone ring one evening near midnight, though it turns out—for once—that her fears were mislaid: The caller isn—t Peter (her stalker) but Jack Kent, an old flame from the early 1980s. Jack was a US Army captain, then based at Greenham Common, and Polly was living in the lesbian commune formed nearby to protest NATO's nuclear arsenal. They made an odd pair in those days, but managed to fall in love despite it. Eventually, however, Jack abruptly broke things off, fearful that an association with a declared leftist would blight his career. Now, he's risen to the very top and, as a general, needn—t worry about a thing. So he calls Polly to rekindle the flame. Can he? Before that question can be answered, he finds himself enmeshed in a weird threesome with Polly and Peter (who by now is even more demented and violent). Maybe Jack can save Polly from more than loneliness. Or maybe he can make a bad situation even worse. An anti-fairy tale sadly lacking the wit or originality to lift it past the middle grade. Read full book review > 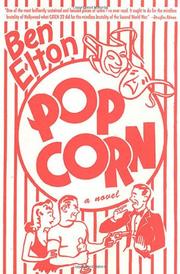 MYSTERY THRILLER
Released: Nov. 13, 1997
POPCORN
by Ben Elton
MYSTERY THRILLER
Released: Nov. 13, 1997
POPCORN
by Ben Elton
A bad-boy Hollywood director is terrorized by a pair of mass murderers inspired by his violent films, in this tepid satire from British playwright and first novelist Elton. It's Oscar night, and Bruce Delamitri has just garnered Best Director accolades for his ironic masterpiece Ordinary Americans (body count: 57) and has embarrassed himself with a mawkish acceptance speech. He circulates through the Governor's Ball, fawning over the big stars and spewing rudeness at everyone else before leaving with Playboy model Brooke Daniels. When he brings her home for the requisite seduction, she pulls a gun on him and demands a screen test. He agrees, and the two fall into each other's arms. They're interrupted, however, by the arrival of Wayne and Scout, a.k.a. the Mall Murderers. These attractive but amoral guys, inspired by the pointless violence of Bruce's films, have come to wreak some unspecified havoc. After they settle in for a drink, Wayne needles Brooke with provocative questions while waifish Scout feigns mortification. Bruce's agent is unfortunate enough to drop by uninvited (he's shot). Then Bruce's ex-wife Farrah and daughter Velvet show up; Brooke gets shot, and Wayne phones NBC. Two intrepid TV journalists, stripped down to their underwear, are admitted into the house. Bruce faces off against his captors for a live-TV debate about violence in the movies. But as things get talky, the ratings drop, so Wayne shoots Farrah. SWAT teams storm Bruce's house, and everyone is killed but Bruce and Scout. Bruce's career is clearly at an end. Elton's satire, meantime, scolds the usual suspects (the movie industry and the media) for the usual reasons (shallowness, vanity, greed) and condemns just about everyone, from the screw-loose psychopaths to the irresponsible director to the viewing public who crave (have been conditioned to crave?) bloodshed. There are a few lukewarm laughs here, but, overall, it's one more tired exercise in Hollywood-flogging. Read full book review >