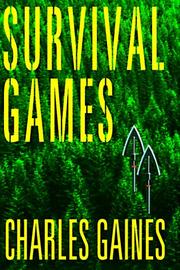 FICTION & LITERATURE
Released: Aug. 1, 1997
SURVIVAL GAMES
by Charles Gaines
FICTION & LITERATURE
Released: Aug. 1, 1997
SURVIVAL GAMES
by Charles Gaines
An initially crisp and involving literary thriller, this first novel in 15 years by the author of, among others, Stay Hungry (not reviewed) and Dangler (1980) unfortunately devolves into a high- pitched and pretentious macho bloodbath. It begins when Bill Joyce and Dray(ton) Hurley, best buddies and designers of an adult pursuit-and-capture outdoor game that has made them rich, bring their wives—Clair and Portia, respectively- -to their hideaway in the New Hampshire woods for a holiday weekend of duck-hunting, drinking, and friendly one-upmanship. In fact, it begins promisingly, as Gaines expertly contrasts the well-born, contemplative Bill and the gruff extrovert Dray, and works into the narrative several subtle foreshadowings of the very real violence that awaits them and their women. The novel's lean energies begin to dissipate as its plot thickens, with the introduction of redneck townie Red Sizemore and his slow-witted cousin Bucky. Deliverance, the reader murmurs—and he'll soon begin muttering Straw Dogs, Rain Man, and Duel in the Sun, among other sardonic apostrophes, as the body count increases and the wit diminishes. Red, you see, has a passion for opera (and for all the Finer Things his hardscrabble life has denied him), along with the hots for Clair—who, during a prior solo visit to their cabin in the woods, had been irresistibly drawn to the burly Red, who now means to renew their mutual passion no matter what it takes. Okay, it isn't really that bad. Gaines does write economically and convincingly of the details and tactics of both hunting and being hunted, and may have been onto something (that, unfortunately, remains only half-developed) in his portrait of Clair, a former actress who still lives partially in a world of her own creation. But by the time the ambulances arrive, you'll be reaching for the nearest Barbara Pym. This is the kind of novel that rips your arm off and beats you over the head with it. Now if that's your pleasure. . . . Read full book review > 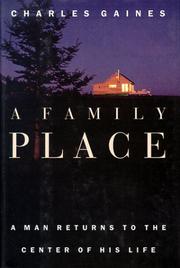