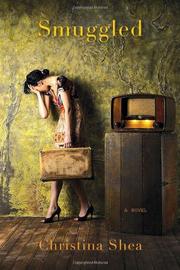 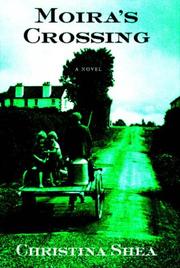 FICTION & LITERATURE
Released: Jan. 1, 2000
MOIRA'S CROSSING
by Christina Shea
FICTION & LITERATURE
Released: Jan. 1, 2000
MOIRA'S CROSSING
by Christina Shea
A debut of some promise explores the relationship between two Irish sisters who immigrate to America in the late 1920s and never completely loosen their ties to each other, their past, and a long-ago death that haunts them still. Like so many first novels, the writing is good; the storytelling, on the other hand, is less smooth and persuasive as it moves from one beautifully set scene to the next. Life on an Irish farm, in a wealthy Boston household, and in a Maine fishing village are all vividly evoked as Shea presents the tale of Moira O—Leary and her younger sister Julia. When their mother dies shortly after the birth of their sister Ann, Moira helps their father, Matty, with the sheep, while Julia stays inside minding Ann and cleaning the house. Both enjoy their different duties, but when Ann is caught in a sheep stampede and falls into a coma, only to recover and fall again, family relationships become increasingly strained. Matty's flock is doing poorly, Ann needs constant care, and when she dies one night on Moira's watch, no one questions the cause. Although this silence is supposed to be troubling for years to come, it never seems more than a plot contrivance. Shortly afterward, the sisters head to Boston, where they both work as maids until Julia's skills as a needlewoman are recognized and Moira marries Michael Sheehan. The Sheehans move to Maine, where Moira helps Michael on his lobster boat. Julia, now suffering from lupus, soon joins them. As the years pass, Moira has two daughters, Kate and Helen, Michael drowns, and Julia, who loved Michael too, becomes a columnist and is courted by her editor. A third generation is born once Kate marries, but the story of the two sisters— lives is as pallid as the Maine sunshine in winter. Too much made of too little. Read full book review >