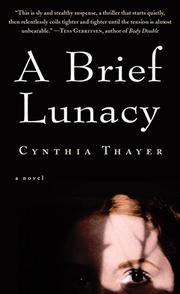 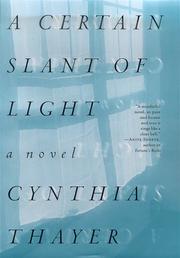 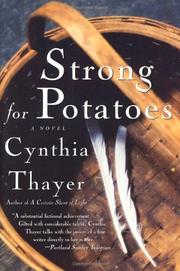 FICTION & LITERATURE
Released: Jan. 9, 1998
STRONG FOR POTATOES
by Cynthia Thayer
FICTION & LITERATURE
Released: Jan. 9, 1998
STRONG FOR POTATOES
by Cynthia Thayer
A first novel celebrates diversity and strong women with a plot that does a lot of heavy lifting to get the story off the ground. The author, a Maine resident, effectively evokes the novel's setting, the eastern coast of the state near Mount Desert Island, but her characters seem straight out of Central Casting. There's Blue, the narrator, part Passamaquoddy Indian and physically disabled; her photographer and designer father, also part Native American; her wonderfully wise grandfather, who lives on the reservation and teaches Blue the old ways; her warm African- American college roommate Daphne; Mrs. Francis, maker of traditional baskets; and lesbian Leonora, who translates books and raises goats. Each chapter of Blue's story is prefaced with a caption from one of the photographs her father obsessively continued taking from the day she was born. Blue had a twin sister Berry, who died shortly after birth, and for years the lonely Blue talks to an imaginary Berry, whom she thinks looks just like her. Meanwhile, her parents aren't much help: Her mother has never recovered from losing Berry, and her father, who plays down his Indian roots, feels guilty about the freak accident in which Blue lost an eye and the full use of one leg. Her only friend is her classmate Brian, a math geek. Blue learns to make baskets when she spends a summer with Grandpa after her parents separate. Then she's accepted into college, but an unlikely plot twist has her getting pregnant on prom night. She decides to have the baby, leaves school, and moves in with Grandpa, but doesn't experience true passion until she meets Leonora. That relationship both empowers Blue (she discovers that she has a true gift for basketmaking) and allows her to deal with a fresh succession of family tragedies. In all, an agenda-driven tale of concepts rather than characters, who, here, follow a script more than they do their heads and hearts. Read full book review >