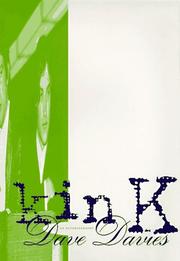 BIOGRAPHY & MEMOIR
Released: Feb. 20, 1997
KINK: AN AUTOBIOGRAPHY
by Dave Davies
BIOGRAPHY & MEMOIR
Released: Feb. 20, 1997
KINK: AN AUTOBIOGRAPHY
by Dave Davies
Hard on the heels of Kinks singer/songwriter/megalomaniac Ray Davies's own memoir, X-Ray (1996), here is the autobiography of the other battling Davies brother, the one who is not widely considered to be a genius. Dave's is a straightforward, clumsily jovial memoir bursting with tales of drunkenness and cruelty. The Davies brothers grew up in working-class London and dedicated themselves to music at a young age; guitarist Dave was only 17 in 1964, when ``You Really Got Me'' suddenly made the Kinks stars. As Dave tells it, while he and the rest of the band popped pills, drank themselves blind, and had sex with everyone (boys as well as girls, Dave cheerfully reveals), Ray brooded and watched his money. Dave says Ray denied him songwriting credit for his contributions to many Kinks songs; more generally, Ray is ``abusive . . . cruel and creatively draining . . . venomous, spiteful, and completely self-involved.'' One is left thinking that only Dave's forbearance has allowed the band to survive for so long. The Kinks have endured many creatively and commercially fallow periods, and the author suffered from depressions so severe that tours were cancelled. In 1982, though, he had a cosmic awakening, consisting of a visitation by five ``intelligences'' who gave him ``irrefutable knowledge of the `Etheric Planes.' '' The author's apparently unedited prose is more serviceable describing hotel-room trashings than when laying out his newfound spiritual system. With artless honesty, he discusses his favorite songs, touring adventures, spiky interactions with band members and management, and a complicated but fulfilling family life (two long-term relationships, both producing several children, which overlapped for a few distressing years). A far less ambitious but ultimately more satisfying account of Kinkdom than the colder, more evasive X- Ray. (16 pages b&w photos, not seen) Read full book review >