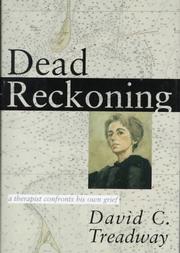 NON-FICTION
Released: Aug. 7, 1996
DEAD RECKONING: A THERAPIST CONFRONTS HIS OWN GRIEF
by David C. Treadway
NON-FICTION
Released: Aug. 7, 1996
DEAD RECKONING: A THERAPIST CONFRONTS HIS OWN GRIEF
by David C. Treadway
A glib, carefully crafted memoir by a middle-aged family therapist probing into his past with the help of another therapist and family members. Treadway presents himself as a man comfortable dealing with his clients' emotions and childhood wounds but not with his own. (He was, he says, often no more than ``an empty suit.'') Witnessing his wife's mourning for her mother impels him to examine his feelings, or rather his apparent lack of feelings, about his own mother, who committed suicide when he was 20. Why, he wonders, does he never think about her? Is he really so cold? To find out, to rediscover his mother and his boyhood self, he enlists the aid of his father and sister, both of whom had nervous breakdowns and were hospitalized after the suicide; his older brother, who became an alcoholic; his younger brother; and an aunt. Conversations with these relatives, excerpts from their correspondence, old photographs, medical records, and letters written by his mother flesh out the incomplete picture of Martha Treadway that her son carries in his mind. Also aiding in this project are his motherly therapist, with selected therapy sessions recounted here, and, unwittingly, his own clients: a suicidal young mother and a man whose mother left him when he was 11. Their situations fit much too neatly into Treadway's story, giving his account a contrived air. It comes as no surprise in the end that he finds he loves his mother. A skilled sailor who once made a solo transatlantic crossing, Treadway uses the analogy of that voyage to describe his journey back to childhood: It's scary and once you're in the middle there's no turning back. For the traveler, perhaps. The reader, however, is likely to feel manipulated. (photos, not seen) Read full book review >