David Gemmell was born in London, England, in the summer of 1948. Expelled from school at sixteen for organizing a gambling syndicate, he became a laborer by day, and at night his six-foot-four-inch, 230-pound frame allowed him to earn extra money as a bo 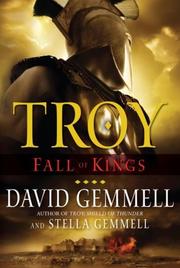 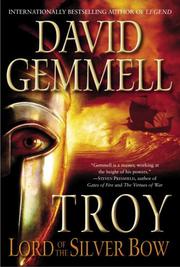 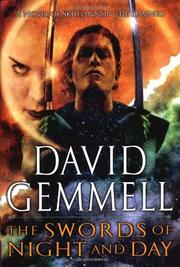 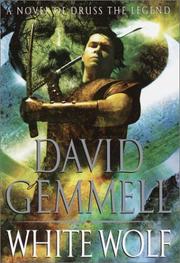 SCIENCE FICTION & FANTASY
Released: April 1, 2003
WHITE WOLF: A NOVEL OF DRUSS THE LEGEND
by David Gemmell
SCIENCE FICTION & FANTASY
Released: April 1, 2003
WHITE WOLF: A NOVEL OF DRUSS THE LEGEND
by David Gemmell
"Clean, swift action and a rich undercurrent of human understanding support Gemmell's characters at each turn of the tale."
British heroic fantasist Gemmell (Stormrider, 2002, etc.) offers the eighth in the Drenai series begun with Legend (1984), which told of Druss the Axeman, who had to come down from his mountain to save the Drenai from the forces of Nadir. This latest installment focuses on Skilgannon the Damned, who has left his lover, Jianna the Witch Queen. Jianna sends Caphas and four guards to recover from Skilgannon the Swords of Night and Day; the seekers' five bodies litter the fast-driving text by page seven. Skilgannon tires of bloodshed and retires to a monastery for four years. When riots erupt and townspeople turn on the monks, he must again take up his swords, eventually teaming up with Druss, the Silver Slayer against whom The Immortals fought at the pivotal battle of Skeln (a turning point in the series). Human nature is such that the Empire can never find peace, at least not as long as the two men must face not only the Witch Queen but iron-masked Boranius with his Swords of Blood and Fire. Meanwhile, Skilgannon confronts in his dreams the pale white wolf that pursues him, while Druss's death at Delnoch is foretold. Read full book review > 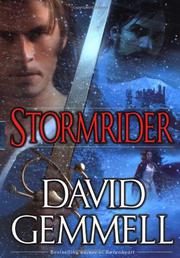 SCIENCE FICTION & FANTASY
Released: March 1, 2001
STORMRIDER
by David Gemmell
SCIENCE FICTION & FANTASY
Released: March 1, 2001
STORMRIDER
by David Gemmell
"Will Ghost Walker destroy Stormrider in the next installment? Tune in tomorrow."
A first US publication for British fantasy author Gemmell continues the story begun in The Sword in the Stone, the initial installment in his Rigante saga. There, readers met the Rigante of Three Streams who worshipped the gods of Air and Water. Connavar, the Demonblade, a boy born in a storm that killed his father, had to help fight against the invading Armies of Stone. With Demonblade having become King of Rigante, Midnight Falcon told of the hardships of Bane, Connavar's wildly bitter and vengeful bastard, who found acceptance only abroad. And now Stormrider underscores the author's dark sense of war, as King Connavar and Bane defeat the Stone. Born 800 years later, Ravenheart (the soulname of Kaelin Ring) is the champion who may someday free the proud Rigante, now enslaved by the proud Varlish, led by the Moidart, murderous Lord of Eldacre Castle. But all will turn on Gaise Macon, known as Stormrider, who, as the son of the Moidart, gives deeply human complications to the plot. The evil Winter Kay, leader of the Knights of the Sacrifice, slaughters a whole village of peaceful worshippers of the Source and comes into possession of the Orb—a skull with an iron circlet on its brow—in a black box said to contain the Orb's evil. A civil war, however, has begun while Stormrider leads the Moidart's troops north, where Ravenheart, the champion of the Rigante, awaits him. Kaelin Ring adopts Feargol, soulname Moon Lantern, a six-year-old orphaned by a giant grizzly, and Feargol, who has the magic eye of foresight, will become Ghost Walker and foresee the rise of the next great army of darkness. Read full book review >