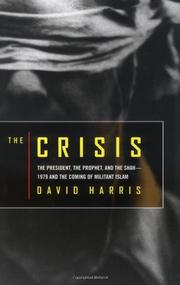 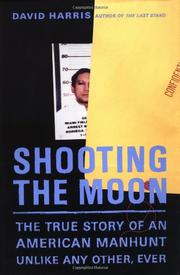 HISTORY
Released: Sept. 1, 1996
OUR WAR: WHAT WE DID IN VIETNAM AND WHAT IT DID TO US
by David Harris
HISTORY
Released: Sept. 1, 1996
OUR WAR: WHAT WE DID IN VIETNAM AND WHAT IT DID TO US
by David Harris
In an ostensible effort to promote social healing, noted '60s activist Harris presents a first-person account of the American war in Vietnam, its lingering consequences, and his role in opposing it. Harris, who went to jail in protest over American participation in the war, remains proud of his strident antiwar activity and retains the anger that fueled it. He says that this brief book is intended as an ``honest self-examination'' that he hopes will lead readers to help heal ``what the war left behind.'' But it's difficult to believe that Harris's impassioned screed will foster any sort of healing. The book is filled with his still- boiling rage at individuals he considers responsible for the misbegotten war: John Wayne, Robert McNamara, Dean Rusk, Richard Nixon, Lyndon Johnson, and Henry Kissinger. Harris, calling McNamara ``the architect of the machine that manufactured corpses,'' says he ``cannot fathom how he manages to live with himself. Were I he, I suspect I would have blown my own brains out years ago.'' Nixon ``was as evil a man as any who has ever partaken of the apex of American power.'' Harris also indicts the US military and foreign-policy establishments, the mass media, and even the American populace in general for pursuing what he believes was an immoral war. Harris backs up his accusations with a sketchy accounting of the conflict that is long on generalizations and short on documented fact. One example: his shrilly exaggerated view of the American military in Vietnam as having abandoned ``all notions of fairness and mercy.'' He excoriates American-supported torture but never mentions our former adversaries' un-Boy-Scout- like conduct and tactics. This after-the-fact J'accuse is a strident attack on those Americans who prosecuted the Vietnam war and an unreflective defense of those who spoke out against it—particularly David Harris. (Author tour) Read full book review >