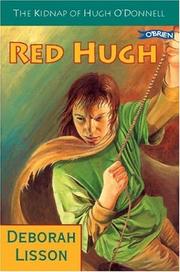 CHILDREN'S
Released: Oct. 1, 2001
RED HUGH
by Deborah Lisson
CHILDREN'S
Released: Oct. 1, 2001
RED HUGH
by Deborah Lisson
Limey-haters worldwide will crow at this history-based tale of Irish defiance during the reign of that "howling old hag," that "harridan," that "old red hag of a queen," Elizabeth I. Kidnapped by deceitful British, young Hugh spends four long years as a prisoner in Dublin Castle, hearing news of one atrocity after another, beaten and scorned but triumphing in every verbal encounter with his prejudiced, stupid captors, all of whom dress in ridiculous clothes and practice a colorless, denatured religion. In contrast to their corrupt adversaries, the Irish are characterized as loyal, noble-hearted lovers of music and natural beauty, prevented from uniting to throw off their oppressor only by their penchant for internecine "freedom's quarrels." Readers not used to Gaelic place and personal names will find the nonstandard dialogue heavy going—"And look at yourself, Hugh Roe—out of fosterage, and dreaming, no doubt, of all the sins you're going to commit, now you are after escaping the clutches of The Macsweeney Doe"—and the ideological message, capped by Hugh's repeated, pointed, vows never to forget the wrongs and harms perpetrated by the British, is discomfiting, to say the least. Thanks to some supernatural help, Hugh escapes on his second try, and, as detailed in an afterword, went on to become another prematurely dead Irish hero. It's an adventuresome tale, but the author uses it to promote an ugly agenda. (Fiction. 11-13)Read full book review > 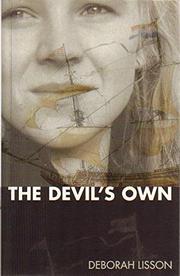 ADVENTURE
Released: April 15, 1991
THE DEVIL'S OWN
by Deborah Lisson
ADVENTURE
Released: April 15, 1991
THE DEVIL'S OWN
by Deborah Lisson
A boring family cruise takes a terrifying turn when 15-year- old Julie finds herself in the midst of a mutiny off Australia's west coast, back in 1629. Leaving the yacht at night to investigate a fire on a deserted island, Julie is captured by boys from the ship, hiding from the mutineers. She and one of the boys escape and join the soldiers battling to survive until help arrives. Amid shocking brutality and murder, they develop strong bonds of love and friendship. Help does arrive at the crucial moment; the criminals are duly punished; and Julie returns to the present, more loving and mature. Though she overwrites in the Bulwer-Lytton tradition and her authorial voice can be jarringly intrusive (she also tends to impose modern behavior on her 17th-century characters), Australian Lisson's thrilling narrative does compel attention. Inspired by a violent historic incident, this flawed first novel is not for the faint of heart. (Fiction. YA) Read full book review >