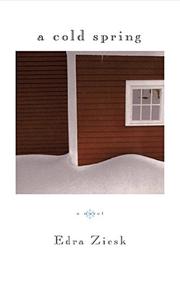 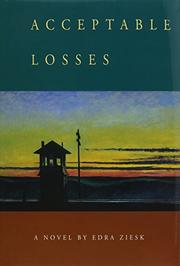 FICTION & LITERATURE
Released: Jan. 20, 1997
ACCEPTABLE LOSSES
by Edra Ziesk
FICTION & LITERATURE
Released: Jan. 20, 1997
ACCEPTABLE LOSSES
by Edra Ziesk
Lyrical, sad first novel about three teenagers growing up in a New Jersey town in the 1960s, with political events such as the assassination of President Kennedy and the Vietnam War in the background. Ziesk tells her story in the present tense, from the point of view of Joellen Stein, a sensitive girl who has recently lost her mother, feels estranged from her father, and whose entire outlook is colored by sorrow. Ida, a black woman who comes to cook for the family, becomes a kind of surrogate mother to her, but Joellen does not really escape the blues until she falls in love with young Joe Handy. Joellen is an introverted, self-indulgent character, and the reader may tire of her introspective musings, which are often banal. But Joe, a troubled young man with an absent father and a pitiful, alcoholic mother, is as richly imagined as a Dickens character. He learns to steal, to work, and to make love in the process of inventing himself, and Ziesk's scenes with Joe and Joellen sparkle. Too soon, though, Ziesk packs Joe off to Vietnam, where he's killed, and the reader is once again trapped in Joellen's consciousness. An innocent childhood friend of Joellen's, Charlieo, drifts into view, but Ziesk sends him to Vietnam as well, and brings him back coarsened and mutilated. He attempts to rape Joellen and then, oddly, just disappears. Meanwhile, Joellen graduates from high school and becomes a real estate agent, and a third man, a young police officer, enters her life, determinedly pursuing this grim young woman. In another hopeful development, Ida is pregnant. Ziesk invokes pathos beyond the point of believability: Her novel is so sad that it borders on the sentimental. An intense, clearly talented, but rather confused debut, flawed by an exasperating protagonist. Read full book review >