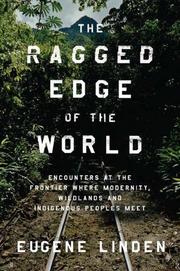 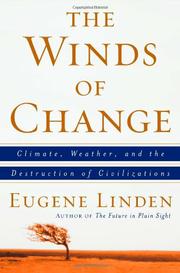 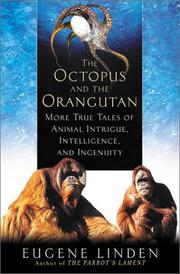 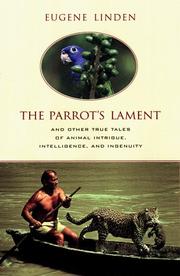 NON-FICTION
Released: Oct. 1, 1999
THE PARROT'S LAMENT: AND OTHER TRUE TALES OF ANIMAL INTRIGUE, INTELLIGENCE, AND INGENUITY
by Eugene Linden
NON-FICTION
Released: Oct. 1, 1999
THE PARROT'S LAMENT: AND OTHER TRUE TALES OF ANIMAL INTRIGUE, INTELLIGENCE, AND INGENUITY
by Eugene Linden
Empathetic stories of animals displaying intelligence and fellow-feeling, with some references to controlled experiments to help put the acts in context, from journalist Linden, the author of several books on animal cognition as well as other subjects. This "decidedly unscientific" collection of animal tales, wherein the beasts "tried or succeeded in outsmarting, beguiling, or otherwise astonishing the humans in their lives," is written simply to knock on our intuitive doors and get us to appreciate the lives of animals and whatever consciousness they possess. Linden keeps the anecdotes short and sweet, and, thankfully, taps into those untold rather than recycling the same stories about apes saving human toddlers and elephants enjoying sunsets. There are chimps and parrots that specialize in devilry and pranksterism, and a marvelous sampling of deceit, from the disingenuous use of body language by dolphins to a white-winged shrike tanager abusing its sentinel duties "by occasionally making the alarm call when no hawk is around. As its feathered colleagues head for cover, it wolfs down all the food in sight." There are great escapes from zoos and parks, which for orangutans is "a singular obsession"—they shape tools, conceal their intentions, and choose the best opportunity to make their move. The acts of heroism, trust, and loyalty may sound familiar, though the odd friendships are a delight: the tale of wolf and the goat feels too biblical, but the one about the horse and the turkey couldn't be better. Linden closes with an enviable ramble through back-of-beyond central Africa, where the animals reacted to humans with inquisitiveness rather than fear, for a single, very good reason: they had never encountered us before. Most of all, these stories suggest a range of possibilities in animal awareness and feeling that signal the caring respect to be awarded any creature. Animals are an indicator species, Linden suggests, so take a look: how we treat them reflects how we treat everything else. Read full book review > 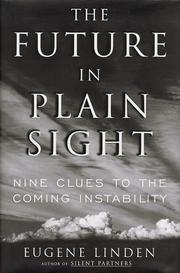 HISTORY
Released: Aug. 1, 1998
THE FUTURE IN PLAIN SIGHT: NINE CLUES TO THE COMING INSTABILITY
by Eugene Linden
HISTORY
Released: Aug. 1, 1998
THE FUTURE IN PLAIN SIGHT: NINE CLUES TO THE COMING INSTABILITY
by Eugene Linden
Linden, a writer on science and technology for Time magazine, argues that we have been living in a period of stability that cannot last. To predict the direction of future instability, he outlines two sets of scenarios: nine contemporary "clues" that suggest problematic forces likely to shape the future, and eight imagined "scenes" from the year 2050 that suggest the character of a future stability. Linden's clues are indeed in plain sight, for they point to concerns—e.g., climatic change, infectious disease, economic inequality, and market dynamics—familiar to anyone not living under a rock. The root causes of these potential problems are also familiar: the overconfident belief in rationality and science as means to control the universe and the dynamism of a consumer society. The projected future scenes are original but nevertheless predictable extensions of the clues. Linden's vision is of a world that has been devastated and is now rebuilding on a much more humble scale, with a much greater appreciation for natural and spiritual forces beyond human control. Does this effort present anything new? Actually, not a lot beyond an imaginative pulling together of several different but related concerns. This is a thoughtful treatise, not a Unabomber-type manifesto, however, for it's rooted in common sense. In a world with several different potential sources of fundamental instability, is it more realistic to assume that no insurmountable problems will ever develop or that eventually, as has always happened in the past, fundamental changes in our physical and social environment will overwhelm existing institutions and send us into a period of instability undermining much of what we currently find familiar and pleasing? While "the doomsayers have been wrong in the past . . . there is no reason to believe that they will be wrong in perpetuity." An above-average effort for a doomsayer. Read full book review >