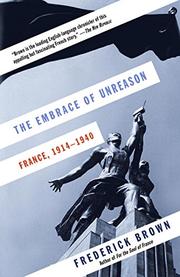 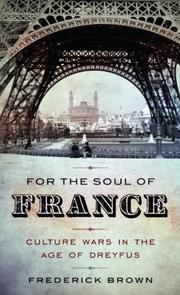 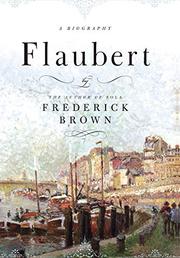 FLAUBERT: A BIOGRAPHY
by Frederick Brown
"A profound look at an important French literary era, told with verve and wisdom."
Brown's exhaustive biography of the great French stylist is a natural companion to his smart, significant Zola (1995). Read full book review > 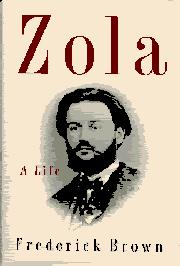 NONFICTION
Released: May 1, 1995
ZOLA: A LIFE
by Frederick Brown
NONFICTION
Released: May 1, 1995
ZOLA: A LIFE
by Frederick Brown
Writing as much a history of late 19th century France as the life story of its most industrious novelist, Brown delivers a massive, old-fashioned biography of Zola. Brown's (French/SUNY, Stony Brook; Theater and Revolution, 1980, etc.) diligent research balances all sides of the writer's life (18401902), starting with his father, who died when Zola was a child, and the stuffy town of Aix, where he spent his youth and befriended CÇzanne. After moving to Paris, the failure of Madame Zola to win the legal battle over her husband's estate and of Zola to pass his baccalaurÇat exam condemned the family to frustrated penury until Zola, after desultory employment and bohemianism, found a job with the publisher Hachette and began writing. Despite perpetual self-doubt, he sedulously applied himself to his literary career, becoming not only a novelist but a cosmopolitan Parisian and a champion of Impressionism, naturalism, and, most famously, of Alfred Dreyfus. Spanning the Second Empire, the Franco-Prussian war, and the Belle Epoque, Brown provides a solid foundation for Zola's naturalist Rougon-Macquart cycle, the quarter-century's worth of bestsellers into which he poured his autodidactic studies, boundless attention, and obsessions with heredity, jealousy, and degradation. Likewise Brown puts Zola in a richly atmospheric context with his detailed divagations into the lives of the novelist's notable friends, such as Flaubert, Turgenev, and Edmond de Goncourt, as well as the worlds of publishing, newspapers, politics, and theater. Zola as a personality, by comparison, gets a superficial Freudian treatment; Brown diagnoses him with castration anxiety and an Oedipal complex without thorough biographical portraits of his mother, wife, and mistress. Brown shows how Zola's famous polemic ``J'Accuse!'' was a watershed in his literary campaign against social injustice and reactionism, though this overflowing account of his times overwhelms the inner man. (78 b&w illustrations, not seen) Read full book review >