Fredrica Wagman is the author of four previous novels: Playing House; Magic Man, Magic Man; Peachy; and Mrs. Hornstien. She has four grown children and lives with her husband in New York City. 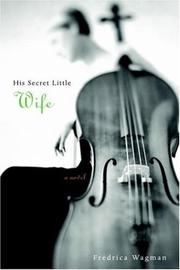 FICTION & LITERATURE
Released: May 1, 1997
MRS. HORNSTIEN
by Fredrica Wagman
FICTION & LITERATURE
Released: May 1, 1997
MRS. HORNSTIEN
by Fredrica Wagman
Philadelphia-based shortie by novelist Wagman (Peachy, 1993) that asks the pressing question: Can Marty Fish, 17, fathered by a Russian Jew, find happiness with a mother-in-law like Mrs. Hornstien? Wealthy Albert Hornstien, 29, brings Marty home to meet his old, massive, warm cuddly octopus of a mother, Golda, who suckers Marty with endless rags-to-riches family history and the story of her own hard youth before husband Oscar became ``THE BIGGEST MANUFACTURER OF SMALL CIGARS in the entire WORLD.'' Golda has the gift of getting everyone to acquiesce to her plans. And, as it turns out, she has plans aplenty for Marty, who dreams of going to Israel. Marty's money-mad widowed mother, however, puts her foot down and demands that she marry. Get a couple of million first, and slip me four grand a month as well, she tells her, then you can go to Israel. So Marty marries, goes off on a world tour with Albert, and, when they return home, tells her husband what her mother has demanded. Albert quietly agrees, while Golda sets about making Marty over in her own image. The story at this point leaps 30 years forward, to the same apartment. Golda is many years dead, and Benjamin, Marty's beloved son, has arrived to introduce his own fiancÇe to his mother. The moment startles Marty into realizing that she has become, without planning it, a matriarch in Golda's mode. Though Mrs. Hornstien was always a tough, unsparing survivor, offering sentiments like ``Survival is the first rule of life,'' she had come on her deathbed to a philosophy of compassion. And she had some telling moments: ``After the children leave home, Mrs. Hornstien used to say . . . their bedrooms . . . become such unbearably desolate shells that even the sunlight in there turns into a kind of brown, lifeless haze.'' A consumer fantasy, yes, but this bologna wrapped up like a Black Forest ham should sell. (First printing of 100,000; $100,000 ad/promo; author tour) Read full book review > 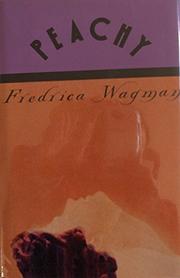 FICTION & LITERATURE
Released: Jan. 19, 1993
PEACHY
by Fredrica Wagman
FICTION & LITERATURE
Released: Jan. 19, 1993
PEACHY
by Fredrica Wagman
Wagman (Magic Man, Magic Man, 1975, etc.) returns after almost 18 years to limn—in excruciatingly pretentious prose—the midlife crisis of an aging American Princess. As 40-ish Peachy Marvel, having dropped off daughter Ruthie at Harvard for her freshman year, walks down Brattle Street, she notices for the first time that she's become ``invisible.'' Men no longer look at the woman ``who used to make heads spin when [she'd] mosey down any street in Philadelphia''—which is enough of an observation to provoke the crisis that, admittedly, has been brewing for a while but now emerges in full spate. Peachy proceeds to record the fluctuations of this crisis that, begun on Brattle Street, continues in a bookshop where she meets the great writer Manuel Zot; gets into high gear on the Massachusetts Turnpike; and finally peaks at a niece's wedding in suburban Philadelphia. There, Peachy finds happiness, understanding, and a lot of other good things. In addition to the crisis reportage, there's a frenetic monologue—embellished with quotes from Pascal, Flaubert, and other fashionable intellectuals—in which Peachy tells the story of her life: A happy childhood as the adored daughter of her physician father is followed by an uneasy adolescence when her father is less loving; Peachy's voluble mother begins to plot marriage; and Peachy is expelled from high school for a reason so implausible that it can only be to facilitate the next step in her life—marriage at 18 to Alfred. A prosperous fur-broker, Alfred gives his young wife everything she wants; but when the couple's baby is killed in an accident, for which Peachy feels responsible, the two drift apart and Alfred leaves for another woman. But Peachy, bad memories finally exorcised, can now ``forgive so that you can go on loving,'' and move forward. Poor Peachy, poor us, who must endure her pretensions to humor, brilliance, and sympathy. More a lemon than a peach. Read full book review >