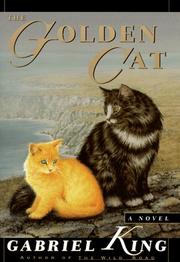 SCIENCE FICTION & FANTASY
Released: May 1, 1999
THE GOLDEN CAT
by Gabriel King
SCIENCE FICTION & FANTASY
Released: May 1, 1999
THE GOLDEN CAT
by Gabriel King
Sequel to King's cat fantasy The Wild Road (1998). At Tintagel, Cornwall, Pertelot the Queen of Cats has given birth to three golden kittens, Isis, Odin, and Leonora, any of which might be the prophesied Golden Cat. But an evil presence still haunts the wild roads, the ghost-highways that are composed of the souls of cats: evidently, the evil Alchemist, who wants to seize the Golden Cat (but what for?) isn't entirely dead. Then Odin vanishes from the clifftops, abducted by a disembodied human hand. Next, Isis disappears, whisked away from a remote sea-cave. Bold, sassy Leonora teams up with Tag the Majicou, the guardian of the wild roads, to search for the missing pair. Sealink, the New England calico, goes off to New Orleans to find her lost kittens. Odin is deprived of an eye in a lab where cats are subjected to freakish experiments; when he's freed from his cage by a protester's bomb, he takes to the road, accompanied by Animal X, who's had a metal device implanted into his head and remembers nothing. Pertelot journeys to ancient Egypt on the back of a giant magic stingray called, appropriately enough, Ray. Tag and Leonora visit the Reading (i.e., literate) Cat and his hideous, verminous assistant, Kater Murr, who live in the Alchemist's now-deserted house. Tag eventually will figure it all out—unlike most readers. Crammed with doings and details, a maddeningly discursive narrative, unintelligible plotting, and magic that defies interpretation. Read full book review > 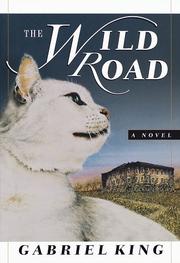 SCIENCE FICTION & FANTASY
Released: March 1, 1998
THE WILD ROAD
by Gabriel King
SCIENCE FICTION & FANTASY
Released: March 1, 1998
THE WILD ROAD
by Gabriel King
Young gray kitten Tag lives an easy housebound life with his ``dulls'' (people) until he's tempted to dash outside, where, distracted by a magpie, a fox, and a mysterious old one-eyed black cat named Majicou, he gets lost and must adopt the precarious life of a stray on east London's hard streets. There is, of course, a purpose to all this: Tag's task, so Majicou says, is to find the king and queen of cats and bring them to Tintagel before the spring equinox. Majicou—he's the caretaker of the wild roads, ancient energy channels used by animals to travel in space and time, and composed of the souls, or ghosts, of cats—warns Tag of the evil Alchemist (King's hint that he's really Isaac Newton, thoroughly nasty though he may have been, is hard to swallow) who's trying to gain control of the roads through magic, selective breeding, and by horrible experiments on cats. Tag soon discovers the King, Ragnar, and the Queen, Pertelot Fitzwilliam, but loses them after the Alchemist makes a magical grab for Pertelot (she's key to his plans). So, with his helpers, the magpie One for Sorrow, the fox Loves a Dustbin, Mousebreath the cockney cat, Sealink the New England calico, and poor, mad Cy, who has a spark plug implanted in her head, courtesy of the Alchemist, Tag must head for a showdown at Tintagel in Cornwall. Though in places uncomfortably reminiscent of Paul Gallico's classic Jennie, a debut with tingling ideas, respectable characters, rousing adventures, and well-versed cat lore; pity the plot makes little or no sense. Still, definitely deserving a look by fantasy-ailurophiles. Read full book review >