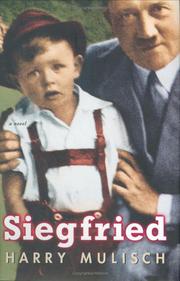 SIEGFRIED
by Harry Mulisch, translated by Paul Vincent
"One of the world's great writers continues his steady march toward a Nobel Prize."
An "explanation" for the evil committed by Adolf Hitler is the quarry of this searching, somewhat discursive new (2001) novel from the internationally acclaimed Dutch author. Read full book review > 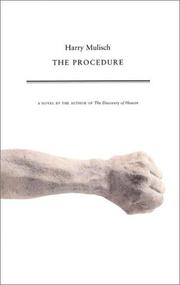 THE PROCEDURE
by Harry Mulisch, translated by Paul Vincent
"Definitely not hammock reading. This is exhilarating, mind-bending stuff by an author who probes ever deeper into the mysteries that matter most—and keeps getting better."
The riddle of creation, and the innumerable natural and man-made shocks the overweening intellect is (so to speak) heir to, are the dominant concerns in this elusive and fascinating metaphysical fiction. Read full book review > 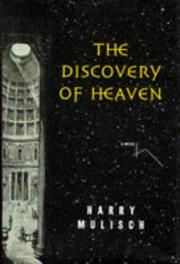 FICTION & LITERATURE
Released: Nov. 1, 1996
THE DISCOVERY OF HEAVEN
by Harry Mulisch
FICTION & LITERATURE
Released: Nov. 1, 1996
THE DISCOVERY OF HEAVEN
by Harry Mulisch
The relation of man to God and the meaning of life are merely the starting points for this extraordinarily ambitious novel of ideas by the celebrated Dutch author of such dense and rewarding fictions as The Assault (1985) and Last Call (1990). The story begins in heaven, with a conversation between two angels, one of whom has been assigned to contrive the appropriate ancestry and eventual birth of a human intelligence gifted enough to locate the (long hidden) stone tablets containing the Ten Commandments given to the biblical Moses, and then return them to heaven. Thus will God's covenant with man be invalidated (the order is given because the Deity is offended by man's loss of faith as a consequence of his commitment to scientific investigation now, culminating in DNA research that may presage humanity's discovery of the secret of creation). Subsequently, interpolated ``intermezzos'' in which the heavenly host comment on the progress of their scheme are juxtaposed against the novel's main narrative, which portrays the unlikely friendship between astronomer Max Delius and the linguist (and political activist) Onno Quist; their rivalry for the love of the beautiful cellist Ada Brons; the accident that precedes the delivery of Ada's baby, ostensibly the progeny of her husband Onno—but, just possibly, Max's; and the development of that child, Quinten, a precocious and unnaturally beautiful youth who is drawn to Venice, then Rome, for the surprising resolution of the quest for which he has been celestially destined. This masterly syntheses of idea and story- -reminiscent of similarly gargantuan novels by GÅnter Grass and Michel Tournier—makes complex concepts from mathematics, architecture, physics, astronomy, and theology perfectly comprehensible and dramatic, all the while immersing readers in a fast-paced narrative peopled with several vivid and appealing characters. Mulisch's bid for a masterpiece works commandingly, on every level. Could be one of the best novels of the last 20 years. Read full book review >

Released: March 29, 1989
LAST CALL
by
Released: March 29, 1989
LAST CALL
by
A disreputable old trouper is plucked from obscurity in this enigmatic novel of the theater, a Pirandellian shuffle of reality and illusion from Dutch writer Mulisch (The Assault, 1985). The Bouwmeesters were once Holland's premier theatrical family, the Dutch Barrymores; but by 1982 the only survivors are 78-year-old Uli and his sister Berta, crabby siblings living outside Amsterdam, with only death on the horizon. Uli's career as a second-rate vaudevillian ended prematurely in 1945, when he was briefly interned for having performed before the Nazis. Now, out of the blue, he is invited by an avant-garde theater in Amsterdam to play the lead in a verse melodrama: grand old man Pierre de Vries, giving his 1904 farewell performance as Prospero. Is Uli being set up? Berta fears so, but Uli finds the director respectful, the company friendly, and the role manageable (for he has never forgotten technique); he feels ecstatic, reborn even. But then the weather turns stormy: Uli must navigate Amsterdam's street life (including an "abduction" by some thugs), while also dealing with the past, when his internment is revealed during a TV interview. Here, narrator Mulisch steps forward to confess that he lacks the power to withdraw Uli from "this unholy enterprise." What he can do, evidently, is prevent artistic vindication for Uli, who will suffer a seizure during a chaotic dress rehearsal, and die ignominiously; the glory is reserved for Uli's "character," de Vries—whom Mulisch envisions, in an imagined extension of the play, being feted by tout Amsterdam (which, in yet another irony, is unaware that de Vries has just murdered his lover). Does a messy life, like Uli's, decree a messy exit? Should he have refused the theater's offer? Or does de Vries' triumphant valediction belong to Uli too, beyond the grave? Mulisch's open-ended narrative invites various interpretations; what is certain is that his richly textured, intermittently absorbing novel shows a profound knowledge, and love, of the theater. Read full book review >