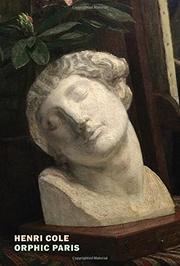 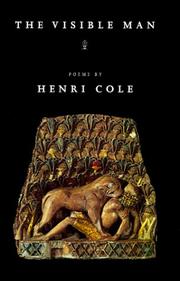 Released: Nov. 2, 1998
THE VISIBLE MAN
by Henri Cole
Released: Nov. 2, 1998
THE VISIBLE MAN
by Henri Cole
With his fourth book of poems, this Harvard lecturer has come a long way from the archness and puerility of his debut effort, The Marble Queen (1986), and he knows it—time and again throughout this volume of expert autobiographical narratives and lyrics, Cole repudiates his previous work as overly formal, descriptive, and dishonest in matters of the self. Disdaining the past as a "fetish," Cole now prefers "to write what is human, not escapist," and that seems to mean to write a lot about his homosexuality. In "Etna," he bids farewell to "false art," "God's looming hand," and sexual 'self-loathing." Half of the poems here take their inspiration from Cole's year in Italy, where Catholic opulence further alienates him from a church that, in his view, hates what he is (—White Spine—). Whether in St.Peter's, the Pope's gardens, or Santa Maria Maggiore, he can imagine only punitive clergy, a destroyed eco-system, and God as a "Master of Pain." With friends at a hunt club (—The Black Jacket—) or among scholars (—The Scholars—), the poet feels alone in his honesty, as he does in "To a Prince," which warns a gay friend about the "public lies" implicit in his impending marriage. In the later group of poems, Cole mostly rehearses his tortured sexual and religious development, especially in the superb sonnet sequence "Apollo." Born again as a poet, Cole explores "human anguish" with a rawness that sometimes plays out as self-pity. Read full book review >