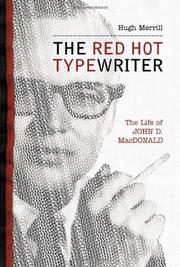 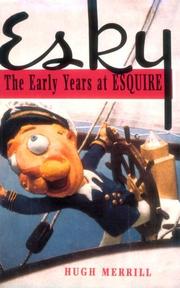 NONFICTION
Released: July 1, 1995
ESKY: THE EARLY YEARS AT ESQUIRE
by Hugh Merrill
NONFICTION
Released: July 1, 1995
ESKY: THE EARLY YEARS AT ESQUIRE
by Hugh Merrill
Journalist Merrill (The Blues Route, 1990) records the early days of erstwhile publishing phenom Esquire magazine. Esky, the pop-eyed, mustachioed personification of the periodical, is now mature enough to join AARP and start collecting Social Security, but in his youth he was quite the rakish one. As Merrill tells it, Esquire was launched in 1933 as a journal to sell haberdashery, whiskey, and other gents' furnishings, and it was an instant hit. Its recipe—a mix of equal parts social and sartorial usage, big-name authors and burlesque bawdy—was formulated by owner and publisher David Smart, a Chicago slicker (and publisher of menswear catalogs, including Gentleman's Quarterly) and founding editor Arnold Gingrich. Producing a sort of Police Gazette with snob appeal, Gingrich snared the likes of Hemingway, Fitzgerald, Steinbeck, and Dos Passos, all on the cheap. He placed them cheek by jowl, so to speak, first with the streamlined, airbrushed Petty Girl and then with the even more popular Varga Girl, both prototypical images of impossibly leggy Barbies for Men. RisquÇ cartoons abounded. The formula was unbeatable—so much so that the postal authorities took umbrage and revoked the magazine's mailing privileges. It took the Supreme Court to free the Varga Girl. Merrill tells the Esquire story with wide-ranging aplomb and occasional redundancy. Though he strains a comparison of Tina Brown's editorship of the New Yorker with that of Gingrich at his magazine, it may be fairly surmised that Esky was Eustace Tilley's oversexed first cousin and perhaps a distant ancestor of that rabbit in the tuxedo who has an even more robust libido. (Playboy's Hefner worked at Esquire in his youth, Merrill informs us.) The Varga Girl is now a photograph, and old Esky seems to be celibate, but the elderly rascal in his day provided good reading and mindless ribaldry; and he had an attitude. (b&w illustrations) Read full book review >