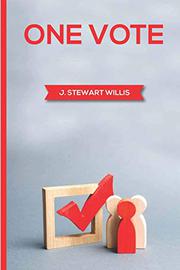 A struggling farmer turns into a national figure when he dramatically chooses to become a faithless elector in this novel.

Chance Fitzbourne inherited a Virginia farm when he was only 35 years old, land that had been in his family for generations and that he proudly cherished. Now 67, he’s exhausted from the demands it imposes and the financial precariousness of the industry. He feels swallowed up by the avarice and corruption of the world, a melancholic depletion poignantly depicted by Willis: “There’s too much unknown with farming. Like with most things, the big guys have taken over. They have lobbies, money, and government support. The big guys rule the world.” But in the midst of Chance’s powerlessness, he’s given an opportunity to make a difference. A longtime supporter of the Democratic Party, he’s appointed as an elector for his district, a role that typically only requires the perfunctory rubber-stamping of the winner. But then Democratic President-elect John Vickers suddenly collapses and dies, and the Electoral College process is thrown into confusion and disarray. Chance suddenly becomes a singularly important man after Democratic National Committee Chairman Edwin Damson chooses Sen. Brock Henry instead of throwing his support to Vice President-elect Jane Meyer Grete. Chance strenuously objects to Henry’s brand of radical socialism and considers the lawmaker a “bigoted ass,” refusing to cast his vote for him. Damson, an unscrupulous man, is maniacally intent on changing Chance’s mind, even if that means resorting to intimidation. The author vividly captures the chaos into which the nation descends, including the possibility that the other faithless electors who follow suit were bribed and the White House is somehow involved in a related murder.

Willis builds a suspenseful political drama around a tantalizing premise that proves ingenious because it is both eminently plausible and one on which the Constitution is silent. As a consequence, he delicately exposes the fragility of the democratic process and the rule of law. Furthermore, he avoids sullying the literary execution of this idea with politically partisan ax-grinding—there is plenty of dark corruption on both sides of the ideological aisle. At the heart of the story, though, is Chance’s embittered frustration, expressed in terms provided by the political moment but with deeper roots. Speaking to the Democratic county chairperson, he unleashes his disgruntlement: “I’ve backed the Party for forty-some-odd years, Gwen Ellen. Really voted for some sad candidates. Fortunately, the Republicans haven’t been any better. Politicians get rammed down our throats, qualified or not. I can’t swallow Brock Henry, simple as that.” The author’s irreproachable realism starts to waver toward the end of the story, and some blandly sentimental scenes meant to make readers feel good sneak in incongruently. Nevertheless, this momentary loss of literary nerve doesn’t come close to undermining a thoroughly captivating novel that is as politically astute as it is emotionally affecting.

A thrilling work about a political crisis; original and gripping. 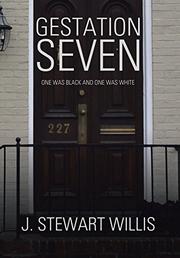 Willis flirts with the medical thriller formula in his debut, but instead of car/helicopter chases and sinister foreign assassins in darkened hospital high-rise parking garages, he puts a human-interest emphasis on all the plot threads more commercial potboilers leave out—the daily upheavals in the personal lives of researchers and families caught up in scandal after an unorthodox, unauthorized experiment. Neale, working for the National Institutes of Health in Alexandria, Virginia, has two kids and an unhappy wife. Caught up in visions of career glory and success, he had been drawn by two older colleagues into a rogue off-site experiment implanting surrogate mothers with primate cytoplasm. The goal was to trim the length and discomfort of human pregnancy by two months. But the experiment went wrong, leaving two dead mutant infants with Island of Dr. Moreau attributes (not dwelt upon in any horror-fiction detail). Ambitious young news reporter Mary Murphy stumbles across the fresh crime scene and tries to use David’s involvement as her springboard into big-time journalism. Local police detectives, lawyers, and politicians also smell career opportunities as the investigation becomes a national cause célèbre. Readers may find it either provocative or frustrating that there are few obvious villains in the traditional sense, little gee-whiz science-fiction speculation, and no race against time. David, meanwhile, remains a largely passive and somewhat pathetic protagonist, batted about by the morass of legal, ethical, and religious quandaries he has unwittingly unleashed. A question mark even hangs over whether he will ever learn his lesson (especially with conniving reporters). One can argue that in sacrificing facile action scenes, Willis makes the readers (particularly those with a fondness for Virginia place names and settings) think for themselves about judgments and consequences. 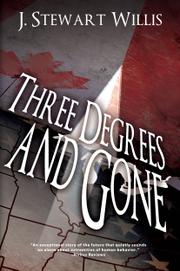 In 2086, most of Florida and New Orleans no longer exist thanks to rising sea levels. Georgia swells with homeless people, and waves of migrants struggle north to Canada, where right-wingers in the Ottawa government have tried locking down the border. Texas, a fetid bayou, is where the Wilkins family dwells, safe but discontented in domed, bleak corporate oil-company housing. They’re surprised when beer-drinking, abusive patriarch Frank Wilkins agrees to leave for Canada for a fresh start; in truth, he just wants to rejoin his younger mistress, who moved there. Divorced Savannah accountant Harry Sykes, his house ruined in a hurricane, embezzles from a disaster relief fund so that he and his college-age son can flee north. In corrupt Chicago, Cynthia “Cyndie” Sherwood is the pampered but fed-up trophy wife of a successful but philandering lawyer. Using his ties to the migrant-smuggling underworld, she joins a transport with her disgruntled, adolescent daughter in tow. The narrative brings the entire ensemble together for a harrowing exploit. In plainspoken and quietly unnerving language, Willis effectively gives weight even to minor characters and sometimes manages to jolt readers with unexpected revelations. Readers who are looking for future-tech thrills or creatively envisioned ruins in an apocalyptic-dystopic milieu may be disappointed, though; aside from subcutaneous identification chips, self-driving autos, drones, and roll-up pocket computers, the sci-fi gimmickry quickly falls away. Instead, this is an elemental drama of fairly ordinary, often uncouth people on an arduous, quavering journey, pushed to their limits and crossing boundaries—of nations, of laws, of morality—for the sake of survival or just plain selfishness.

An exceptional story of the future that quietly sounds an alarm about extremities of human behavior.

A company in Northern Virginia works on the proposal for a government contract to replace the Interstate Highway System. Competition ensues between the managers and there wives and leads to the death of the head manager's wife.