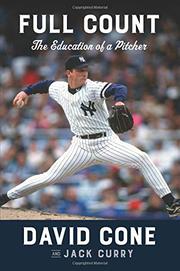 WOODSTOCK: THE SUMMER OF OUR LIVES
by
WOODSTOCK: THE SUMMER OF OUR LIVES
by
Groovy narrative/oral history of the legendary gathering of the tribes 20 years ago in Upstate New York. Curry, now entertainment editor of USA Today, was 16 and forbidden by his parents to join the 500,000 who flocked to The Woodstock Music and Art Fair: An Aquarian Exposition on August 15-17, 1969. What he missed then he re-creates here with a true believer's enthusiasm and energy, attempting to "[delineate] the outlines of the still present, still-pulsating, still-relevant place in the heart where Woodstock still lives." To trace that place, he follows—mapping from in-depth interviews—the life-paths of several future citizens of Woodstock Nation, paths that he invests with a near-magical vector aimed directly at Max Yasgur's farm in Bethel, N.Y. The citizens range from commoners—Rufus Friedman, who left a low-paying ad-agency job to work manually as a "Woodstock grunt"; Jimmy Jordan, young and gay; Elen Orson, feminist and film editor; etc.—to rock royalty: John Sebastian, ex-loving Spoonful, wanting and finding a comeback at the Festival; Country Joe McDonald, a vet best known for an anti-Vietnam ditty; Jocko Marcellino, Columbia U. student and founding member of Sha Na Na. All, Curry intimates, met their destiny at Woodstock amidst the music, mud, orgiastic sex, drugs, and apocalyptic libertinism and love that he so melodramatically details (Jimi Hendrix walks "like an ebony god," etc.). An update on the whereabouts of various Woodstockers, and what the Festival meant to them, closes this vivid, breathy account. Overblown and naive, but then so was Woodstock; nostalgic, tolerant readers willing to go with Curry's heartfelt flow will find his a captivating trip down Memory Lane. Read full book review >