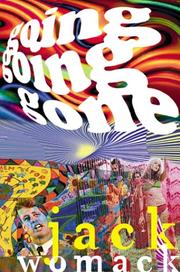 MYSTERY THRILLER
Released: March 1, 2001
GOING GOING GONE
by Jack Womack
MYSTERY THRILLER
Released: March 1, 2001
GOING GOING GONE
by Jack Womack
This, the latest (last?) in Womack's Ambient series (Random Acts of Senseless Violence, 1996, etc.), finally reaches the US by way of Britain, where it first appeared last year. In 1969, in an alternate world (the Russians ended WWII in 1949 by nuking Berlin; US blacks have either been banished or died of plague; President Nixon was slain in Dallas; and Jack Kennedy's a Washington journalist), Walter Bullitt is a shadowy government "fixer" specializing in psychoactive drugs. When approached by his usual job contacts, something makes Walter wary—maybe the presence of ex-Nazi Hermann Sartorius. He's also troubled by weird ghosts who plead for help and seem to know him; Walter doesn't recognize the ghosts, but Ambient readers will: it's Jake, one-time Dryco assassin, and his love Oktobriana, who were marooned between worlds at the end of Terraplane (1988). Then Walter meets a strange pair of females—they're clearly of mixed race but seem utterly unaware of the ban on blacks—who have urgent business with him and the ghosts: delectable Eulie and her gigantic bodyguard Chlojo hail from the corporate-nightmare world that spawned Dryco. As Walter learns more about the new job—it involves the ubiquitous Kennedys—the more inclined he becomes to listen to Eulie before the world literally falls apart.Read full book review > 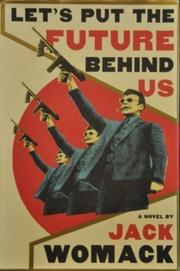 Released: April 1, 1996
LET'S PUT THE FUTURE BEHIND US
by Jack Womack
Released: April 1, 1996
LET'S PUT THE FUTURE BEHIND US
by Jack Womack
The author of the Elvis-as-Messiah Elvissey (1993) and various dystopias of a near-future Manhattan (Random Acts of Senseless Violence, 1994, etc.) stays in the present in his latest—a portrait of Russia devouring itself in a frenzy of primitive capitalism. Imagine 1984 as told by Alex of A Clockwork Orange. Our unheroic narrator, Max Borodin, is a likable, rather elegant counterfeiter: not of rubles or dollars, but of history. For instance, his corporation produces irrefutable evidence that the KGB's attempts to brainwash Oswald were foiled by the CIA—and the precise opposite, depending on which American scholar is in the market. Max has a feisty young mistress who's married to his sometime business partner, and an entrepreneurial-minded wife who nags him but retains enough energy to negotiate the corruptions and decay of Moscow, where nothing can be accomplished without a bribe and everything's for sale. Max, a clever dog in this dog-eat-dog society, is a happy man, so much so that he pragmatically wants to put the future as envisioned by reformists behind; it simply won't work, he thinks. But trouble's on the horizon. There's Max's feckless brother, who tries to involve him in a theme park called Sovietland that will invoke nostalgia for the gulag and in which American tourists will be spirited away for interrogation by park employees posing as secret police. There's a powerful mafia trying to muscle in on Max's sweet operation. Finally, there's a sentimental, paranoid, right-wing politician who seems modeled on Vladimir Zhirinovsky; he has the kind of quirky vision that might get clever fellows such as Max killed. Womack succeeds mightily with his gleeful, sly black humor and with inspired atmospherics, such as an aside on poshlaia, the Russian variety of kitsch. If you're heading to Moscow, take this instead of Fodor's. (Author tour) Read full book review > 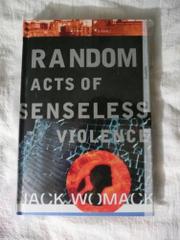 FICTION & LITERATURE
Released: Sept. 1, 1994
RANDOM ACTS OF SENSELESS VIOLENCE
by Jack Womack
FICTION & LITERATURE
Released: Sept. 1, 1994
RANDOM ACTS OF SENSELESS VIOLENCE
by Jack Womack
A young girl's diary presents a rioting vision of near- future Manhattan. Twelve-year-old Lola Hart, her sister, Boob, and their perfectly loving parents live on the Upper East Side. Daddy's a failing scriptwriter; Mommy's an unemployed professor; the girls go to private school. Lola begins a diary in February on a note of barely perceived alarm, as several schoolmates contract TB and the smoke and ash from uprisings in Brooklyn and Queens loom over Park Avenue. Something awful is happening out there, but her parents shield her from it. Finally her father's Hollywood work dries up in a nose-diving economy, and the family has to move to the bottom edge of West Harlem. Amid these crises, Lola discovers she likes girls; the rioting worsens; and ``Operation Domestic Storm,'' in which the army, national guard, and local police create martial law, shifts into full gear. Lola makes friends with some black and Puerto Rican girls from her new neighborhood, and they induct her by degrees into their gang, the Death Angels. In a matter of months, as the diary progresses, further violence and family misfortune sharpen and harden Lola. Womack (Elvissey, 1992, etc.) is at his best when Lola is at her toughest: Her good-girl voice, filled with innocent dread, gradually mutates into a kind of terrordome-speak, a lingo that mixes hip-hop cadences and linguistic neologisms on the order of A Clockwork Orange: ``Me and Mama rode back lipstilled the whole way. She vizzed sad like I know I do but nothing was sayable so I hushed and just remembered Boob like I knew her back when we homed in our old place.'' Womack's idea of the near future moves at a gallop: In six months, two presidents are assassinated, the money system changes, and all of Manhattan takes up arms. Womack gets high on violence the way Ballard and Burroughs do: with sickened brio. Tense, knowing, and ambitious, this novel gets New York's class system right as it creates a language informed by every kind of contemporary American extremism. Read full book review > 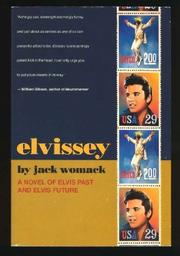 SCIENCE FICTION & FANTASY
Released: Jan. 1, 1993
ELVISSEY
by Jack Womack
SCIENCE FICTION & FANTASY
Released: Jan. 1, 1993
ELVISSEY
by Jack Womack
Fourth venture into Womack's bleak, violent, sterile future (Heathern, 1990, etc.) in which America is run by the Dryco Corporation, and worship of E (Elvis) is the major religion. As part of Dryco's new policy of ``regooding,'' top executive Leveritt decides to send operative Isabel Bonney and her security-chief husband John into an ethnically cleansed, McCarthyite parallel world where the year is 1954. Why? Well, what better means to regood whole swaths of the population than to present them with a real, live messiah? Isabel and John successfully locate and grab the parallel Elvis—he's a homicidal deadbeat, yet still has that magic voice. But the launch of Elvis as messiah, in England, goes horribly awry; Isabel discovers how utterly Leveritt has betrayed her; and John, violently unstable through previous regooding experiments and drug overdoses, commits suicide. Writing in a difficult yet distinctive future idiom—imagine Walt Whitman recycled through a Pentagon committee—Womack offers potent commentary on racism, religion, corporatism, and more. But too many of the human relationships here fail to crystallize, and the upshot is flashy but rather hollow. Terraplane (1988) remains his crowning achievement. Read full book review >