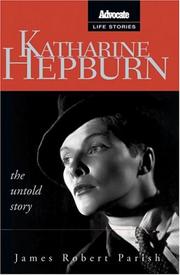 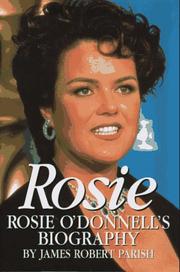 BIOGRAPHY & MEMOIR
Released: April 14, 1997
ROSIE: ROSIE O'DONNELL'S BIOGRAPHY
by James Robert Parish
BIOGRAPHY & MEMOIR
Released: April 14, 1997
ROSIE: ROSIE O'DONNELL'S BIOGRAPHY
by James Robert Parish
A prolific biographer of Hollywood's famous and forgotten, Parish (Liza! The Liza Minnelli Story, not reviewed, etc.) pieces together the usual celebrity rehash, together with some original interviews with some of the peripheral people in Rosie's life. Parish has combed the Net, the Reader's Guide, and a fair amount of videotape to present the chronological events of the life of TV's new talk-show queen, accompanied by lots of psychological conjecture and analysis, including a chapter that discusses whether or not Rosie is a lesbian. O'Donnell was born in Commack, Long Island, one of five children born to an Irishman who designed cameras for spy satellites. Her mother died of cancer when Rosie was 10, in what she has described as the defining event of her life. Her father dealt with his grief by withdrawing from his family, and Rosie took on many of her mother's responsibilities at an early age, including the care of a diabetic grandmother. Her father has remained distant and emotionally unavailable; they have not repaired their relationship. As a child, Rosie buried herself in television, made heroines of her favorite stars, Barbra Streisand and Better Midler, and dedicated herself to making it in the biz. Parish traces Rosie's career from Long Island comedy clubs, where she began at 16, success as a stand-up comic, to movies (A League of Their Own and Sleepless in Seattle), and finally on to her highly successful TV talk show. There is a little about the famous friendship between Rosie and Madonna, who met while making League; and a wrap-up with Rosie's single-parent adoption of her son, Parker Jaren. A few steps up from supermarket tabloid, but with no juicy gossip; and for those following Rosie coverage in the media or at her Web sites, there's not much news here. Read full book review >