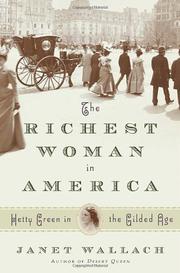 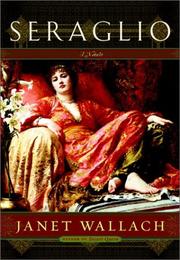 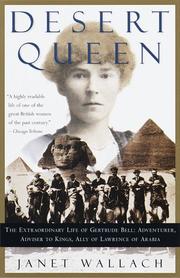 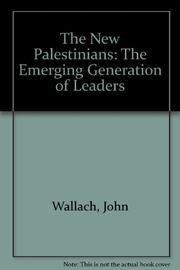 NONFICTION
Released: Dec. 14, 1992
THE NEW PALESTINIANS: THE EMERGING GENERATION OF LEADERS
by John Wallach, Janet Wallach
NONFICTION
Released: Dec. 14, 1992
THE NEW PALESTINIANS: THE EMERGING GENERATION OF LEADERS
by John Wallach, Janet Wallach
Extensive profiles of a dozen men and women who will probably play a role in any new Palestinian state, shedding light on how these leaders arrived at their divergent views on how to conduct the struggle for nationhood. Here, the husband-and-wife Wallachs (Still Small Voices, 1989) present a close look at most of the members of the Palestinian team currently negotiating with the Israelis. Except for Hanan Ashrawi, the Christian Arab whose TV appearances have made her an international celebrity, most are unknown in the West. These Palestinians all reside in Israel proper, including Jerusalem, as well as in the West Bank and the Gaza Strip. What they have in common is their assertion of a Palestinian identity and the unpleasant experience of harassment and imprisonment by Israeli authorities—which has only strengthened their desire for escape from Israeli rule. Most of those profiled see the Intifada as a home-grown response, particularly by the young, to indignities. Where these leaders disagree strongly is in their perception of the relationship between a future Palestinian entity and Israel. The moderates, looking for guidance but not leadership from Yasser Arafat's wing of the PLO, are willing to accept temporary autonomy in civil matters under Israel on the way to nationhood. Others desire a federation with Israel, or perhaps with Jordan. Still others, the hard-liners, envision an Islamic Palestine, stretching from the Mediterranean to the Red Sea and with the state of Israel extinguished. Feuding among the various factions, we learn, has sometimes led to the assassination of opponents. Most of those profiled here declare their support for a Palestinian state committed to democracy. Whether they will have the opportunity depends, it seems, on Israel; but how well they seize the opportunity will probably depend on their ability to reconcile the antagonists within their own house. An informative study. Read full book review >

Released: March 28, 1989
STILL SMALL VOICES
by
Released: March 28, 1989
STILL SMALL VOICES
by
Twelve scrupulously objective (perhaps too objective) portraits of contemporary Palestinians and Israelis—by the foreign-affairs editor of the Hearst newspapers (he) and a feature writer for the Washington Post Magazine (she). Basing their work on interviews conducted during two visits in early 1988 to the war-ravaged West Bank, the authors manage to have their subjects tell their stories in (more or less) their own words. The result is a series of vignettes that is frequently moving but also frequently frustrating. Take, for example, the story of Miriam Levinger, a Bronx-born Jewish fundamentalist who came to Israel at age 18. Since then, she and her rabbi-husband, who made their home in the Arab city of Hebron, have been central figures in the controversial Jewish settlement of the West Bank. Their presence there has been a matter of concern to both Jewish and Arab authorities. The reader, however, may very well admire Levinger's determination and, at the same time, have reservations about many of her methods. Then there is the life-story of Yasser Obeid, a Palestinian doctor accused of "collaboration" by the PLO. Obeid's links to the Israelis extend back in time—his grandfather had hidden Jews during the 1929 massacre carried out by the Arabs in Hebron. Meanwhile, Obeid has been untiring in his efforts to improve medical facilities in the area. Reviled by PLO extremists and subject to the repressive policies of the Israeli occupation, he is a man of moderation caught in a vise of conflicting national interests. Also of note here is the heartwarming tale of Rabbi Schlomo Riskin, the Jewish-American founder of the town of Efrat, a community in which both Jews and Arabs have a voice in the decision-making. The Wallachs allow their subjects' stories to unroll without editorial comment. Such reportorial evenhandedness, though, minimizes any overall sense of the relevance of the varying political positions and their relationship to one another. Finally, the interviews tell us only what we already know—that there seems to be little hope for an imminent solution to this tragic situation. Read full book review >