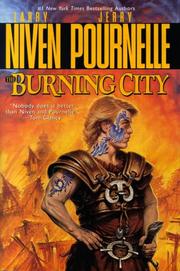 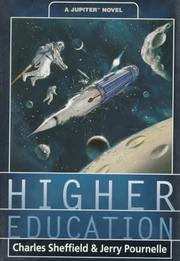 SCIENCE FICTION
Released: June 1, 1996
HIGHER EDUCATION
by Charles Sheffield, Jerry Pournelle
SCIENCE FICTION
Released: June 1, 1996
HIGHER EDUCATION
by Charles Sheffield, Jerry Pournelle
The trajectory of Rick Luban, 16, from high school washout to interplanetary space miner. In the near future, rampant unemployment and an impotent education system produce millions of punks like Rick, who are barely literate. Expulsion from school could mean the skids for Rick, but a kindly teacher tips him off to the advantages of employment with Vanguard Mining, and soon Rick is sweating hard, grateful for corporate redemption. Although the novel opens as a dead-on satire on public education, it time-warps into a kind of 1950s B-movie sensibility once Rick's training shifts to outer space: The male cadets are nose-to-the-grindstone types while the female cadets are either girlfriend material (Deedee Mao), corporate saboteurs (Alice Klein), or space sluts (Monkey Cruse, ``rumored to have run a professional sex service''). Those stereotypical characterizations, the melodramatic plot, and the dialogue turn the adventure into a space soap opera. To their credit, Sheffield (for adults, The Ganymede Club, 1995, etc.) and Pournelle (also for adults, King David's Spaceship, 1981, etc.) slip in copious doses of science facts among the apprentices' lessons, and the depiction of daily life in cramped, zero-gee environments seems accurate. Fans of the authors' previous works will be glad to know of this first entry in the Jupiter series, but those readers searching for a more expansive role for female space cadets will have to enroll elsewhere. (Fiction. 13+) Read full book review > 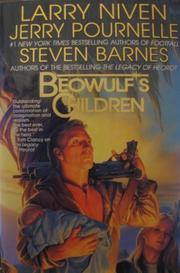 FICTION & LITERATURE
Released: Nov. 1, 1995
BEOWULF'S CHILDREN
by Larry Niven, Jerry Pournelle, Steven Barnes
FICTION & LITERATURE
Released: Nov. 1, 1995
BEOWULF'S CHILDREN
by Larry Niven, Jerry Pournelle, Steven Barnes
Sequel to The Legacy of Heorot (1987), in which heroic colonists from Earth battled supercharged alien dinosaurs known as ``grendels.'' On planet Avalon, the children of the original colonists are growing up fast. Now masters of the small island Camelot, they're eager to test their mettle against the unknown mainland, where grendels are still plentiful and other dangers undoubtedly lurk. Some of the youngsters, like loyal Justin, are content to be advised by their elders; but a powerful faction, led by the charismatic Aaron, demands to occupy the mainland right now. Indeed, Aaron's schemes and manipulations do produce an expedition to the mainlandbut things quickly come unraveled. New types of grendelsmart, gregarious, cooperative grendelsshow up. The expedition is stalked by a very old, huge, cunning, and intelligent mama grendel. A swing in the ecological cycle brings an invasion of voracious insect-like creatures powered by ``speed,'' the grendels' metabolic supercharger. And, despite several deaths, so fanatical does Aaron become that he will murder the colonists' revered old security chief, Cadmann Weyland, rather than abandon his dream. More thoughtful and less frantic than its predecessor. But the whole enterpriseintriguing ecology, indistinguishable characters, improbable metabolisms and allis hobbled by committee-style prose and unlikely dialogue. Read full book review > 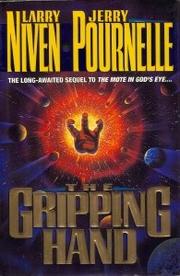 SCIENCE FICTION & FANTASY
Released: Feb. 1, 1993
THE GRIPPING HAND
by Larry Niven, Jerry Pournelle
SCIENCE FICTION & FANTASY
Released: Feb. 1, 1993
THE GRIPPING HAND
by Larry Niven, Jerry Pournelle
The much-anticipated sequel to The Mote In God's Eye (1974), which put Niven and Pournelle on the bestseller lists (more recent collaborations: The Legacy of Heorot, with Steven Barnes, 1987; Footfall, 1985). Here, some 25 years after the events of Mote—in which human explorers discovered a remarkably adaptable, and terribly dangerous, alien race, the Moties—two survivors of the expedition, Horace Hussein Bury, now a rich trader, and Kevin Renner, retired from the Imperial Space Navy to work as his pilot, become convinced that the Moties are on the verge of breaking the quarantine around their solar system, an event that would plunge the human race into a war for survival. The search for some way to prevent that disaster leads them eventually to a second visit to the Moties' system. As usual, the authors present a large cast of characters, including a few from Mote; many of the latter have matured engagingly, although the aliens are still more interesting than any of the humans. Meanwhile, there's plenty of action, from single combat to full-scale space battles, but the resolution of the plot depends on the cerebral—from the remarkable alien biology of the Moties to Bury's shrewd political bargaining. And, as always with Niven and Pournelle, this is science fiction with the emphasis on science. It is never easy to top a success on the scale of Mote, but Niven and Pournelle have given it an honest try. The result is sometimes slow-paced and talky, but few readers are likely to be disappointed. A good bet to make the Hugo ballot, as well as the bestseller lists. Read full book review >