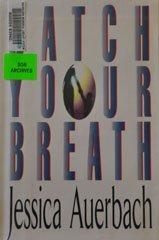 FICTION & LITERATURE
Released: July 2, 1996
CATCH YOUR BREATH
by Jessica Auerbach
FICTION & LITERATURE
Released: July 2, 1996
CATCH YOUR BREATH
by Jessica Auerbach
Auerbach (Sleep, Baby, Sleep, 1994, etc.) turns a current tabloid and talk-show preoccupation into a slow-starting but ultimately gripping tale of a mother who, accused of child abuse, is forced to confront not only the judicial but the medical system as well. Rosie Sloan, a doctor's daughter, and her estranged husband Quinn, a policeman, never come into full focus as they trade clichÇs, emote, and gradually begin to understand what is going on. Rosie, who dropped out of her pre-med studies to marry Quinn (thus bitterly disappointing her father), learned enough medicine so that she can sometimes ask the right question. She doesn't do so here, though, until it's almost too late. When Jason, her two-year-old son, starts having asthma-like attacks, Rosie rushes him to the ER, where the attending physician suggests she consult Dr. Greg Linder, a specialist in childhood asthma. Linder is very caring, and asks Rosie to have coffee with him so that he can go over Jason's treatment in detail. Coffee is followed by lunch, and Rosie thinks she's falling in love. Meanwhile, however, Jason doesn't improve. Then there's a surprise call from a social worker, responding to a charge of child abuse. Even Quinn finds Rosie suspicious. At the hearing, she is not only accused of suffering from Munchausen's syndrome by proxy—``inducing illness in a child in order to gain attention for herself''—but the SIDS death of her first baby is brought up. Jason is put in foster care, contact with him forbidden, and Rosie must undergo psychiatric evaluation. With Quinn's help, though, she begins to fight back, does some sleuthing of her own, and, asking the right medical questions at last, saves both herself and Jason in a page-turning conclusion. Fast-paced action and finely tuned tension turn a potentially tiresome tearjerker into a meaty domestic thriller. (Literary Guild alternate selection) Read full book review > 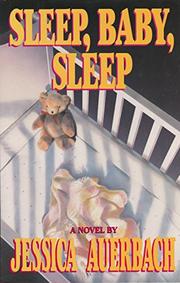 MYSTERY THRILLER
Released: June 29, 1994
SLEEP, BABY, SLEEP
by Jessica Auerbach
MYSTERY THRILLER
Released: June 29, 1994
SLEEP, BABY, SLEEP
by Jessica Auerbach
In a sentimental potboiler, Auerbach (Painting on Glass, 1988) follows a young mother whose life becomes a waking nightmare when her infant daughter is kidnapped. Sylvie Pierson's days are occupied by a string of nondescript jobs and efforts to cope with her attention deficit disorder until she meets Peter Weston in a New Haven shopping mall. Impetuous and charming, Peter sweeps Sylvie off her feet; when she becomes pregnant, they both want the baby. Only Sylvie's skeptical mother, Hannah, counsels abortion, arguing that Sylvie's history of quickly discarding new interests will make her a poor mother. Despite Hannah's objection, Sylvie moves in with Peter and, in due course, delivers Callie at home. All seems well until Sylvie, making ``just a quick run to the market,'' leaves six-week-old Callie in her crib and returns home to find the infant missing. Despite the best efforts of police detective Chad Martinson, no progress is made, and the FBI agent called in suspects the culprit is the distraught mother herself. Adding to the strain on Sylvie is Peter's reaction. Working out of town, he hears of Callie's disappearance only belatedly and soon distances himself from Sylvie, moving out of their apartment. As the FBI and the police, increasingly skeptical that there has been a crime at all, begin to withdraw from the case, Sylvie, with some unofficial help from the ever-sympathetic Martinson, sets out to find the kidnapper. Although her quest takes up most of the book, the reader is likely to finger the villain early in the investigation. Auerbach goes right for the heartstrings, but the drawn-out details of Sylvie's tearful plight are as likely to provoke irritation as sympathy. (Literary Guild featured alternate) Read full book review >