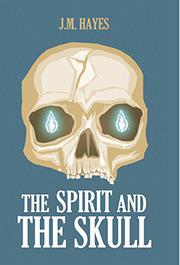 FICTION & LITERATURE
Released: Aug. 5, 2014
Reviewed: June 29, 2014
THE SPIRIT AND THE SKULL
by J.M. Hayes
FICTION & LITERATURE
Released: Aug. 5, 2014
THE SPIRIT AND THE SKULL
by J.M. Hayes
"Hayes, best known for his Mad Dog & Englishman series (English Lessons, 2011, etc.), draws on his expertise in archaeology and anthropology in this stand-alone. The mystery is slight, but the portrait of tribal life and the lyrical descriptions of an untouched land are worth the read."
The Earth Mother commands a Paleolithic Spirit Man to solve a murder. Read full book review > 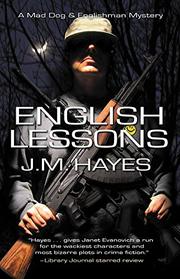 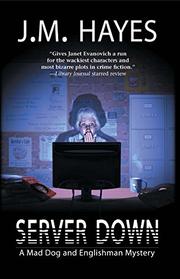 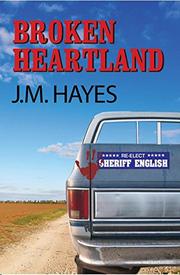 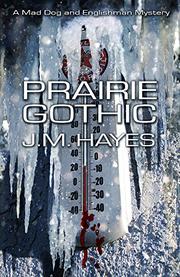 MYSTERY THRILLER
Released: Feb. 1, 2003
PRAIRIE GOTHIC
by J.M. Hayes
MYSTERY THRILLER
Released: Feb. 1, 2003
PRAIRIE GOTHIC
by J.M. Hayes
"The final secret, even zanier than anything that's gone before, makes you wonder if Oz is really so far from Kansas after all."
Now that Tommie Irons has finally succumbed to cancer, part-Cheyenne shaman Mad Dog, né Harvey Edward Maddox, has one last service to render his part-Choctaw friend: sneaking into Sunshine Towers and, with the staff's full cooperation, sneaking out with Tommie's body so that he can give it proper Native American internment high atop a tree. While Mad Dog's busy in this good work, though, his half-breed wolf-dog brings him a more disconcerting relict: an infant's skull, along with evidence that links a nearby cache of bones to County Supervisor Ezekiel Hornbaker. Meanwhile, Mad Dog's half-brother, Sheriff English, called "Englishman" even by his wife, has made a discovery of his own: somebody has taken demented old Alice Burton's beloved baby doll from her arms and substituted a real, albeit defunct, baby. Wait, there's more, since Hayes (Mad Dog and Englishman, 2000, etc.) piles on outrageous subplots in an unrelenting mode of violent, breakneck farce, crosscutting without mercy from Mad Dog's adventures with a red-shoed woman who insists that she's Dorothy and he's the Wizard to the sheriff's search for a secret abortionist and a Nazi treasure to the mishaps that begin when the sheriff's daughter Heather—not to be confused with his foster daughter Heather—gets clueless deputy Wynn Some (Lose Some) to teach her to drive his manual-transmission police cruiser. Mad Dog may end up looking like the sanest citizen in Buffalo Springs. Read full book review > 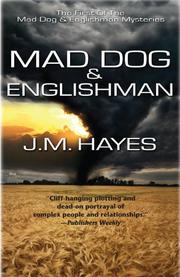 MYSTERY THRILLER
Released: Nov. 1, 2000
MAD DOG & ENGLISHMAN
by J.M. Hayes
MYSTERY THRILLER
Released: Nov. 1, 2000
MAD DOG & ENGLISHMAN
by J.M. Hayes
"Hayes (The Grey Pilgrim, 1990), a gold-medal melodramatist, overloads his tale with crises, a conveniently stranded professor who explains Tsistsistas shamanism, and a sentimental wrap-up compounded of the purest mush."
Early one sultry morning in Buffalo Springs, Kansas, the Rev. Peter Sims, en route to his church, is ambushed by someone who eviscerates, stabs, and scalps him. His body, with a pornographic Mickey Mouse tattoo on his tush, is found by fiercely eccentric, part-Cheyenne Vision-Quest seeker Mad Dog, whose day is further ruined when he discovers yet another dead, scalped body, that of Sims's father. Mad Dog is convinced his spiritual caterwauling has unleashed an evil being, but his brother, Ashley English, the local sheriff everybody calls Englishman, looks for more tangible villains and finds hints of them at the Sourdough Ranch, where Ellen Lane and her daughter Heather are desperately seeking anonymity to escape a recently released, possibly misjudged child-abuser. Shorthanded, with his deputy off chasing red herrings, his cell phone conking out, and a tornado swelling on the horizon, Englishman finds his problems compounded when his daughter Heather, mistaken for that other Heather, is kidnapped. Are the abuser, the scalper, and the kidnapper one and the same? Old family histories are pried loose and Indian myths come into play as Mad Dog and Englishman scamper from dusty roads to dusty grain silos to a dusty, deserted theater in pursuit of the truth. Read full book review >