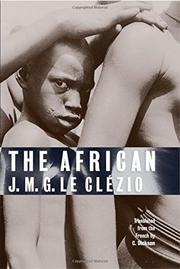 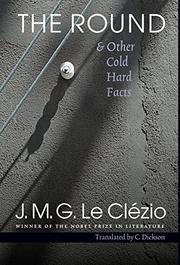 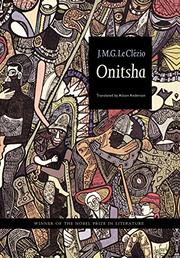 FICTION & LITERATURE
Released: April 3, 1997
ONITSHA
by J.M.G. Le Clézio
FICTION & LITERATURE
Released: April 3, 1997
ONITSHA
by J.M.G. Le Clézio
Onitsha ($35.00; paper $15.00; Apr. 3, 1997; 206 pp.; 0-8032-2915-1; paper 0-8032-7966-3): An uncharacteristically accessible and dramatic narrative about Europeans in Africa from one of the avatars of the French New Wave novel. Fintan, the 12-year-old son of an Italian mother and an English father, travels to the Nigerian village of Onitsha, where his father (whom he's never met) works for ``the commercial companies of West Africa.'' Fintan's fascinated absorption into Onitsha's tribal culture, described with irresistible sensuous immediacy, is expertly counterpointed against his father's self-destructive obsession with Africa's legendary past—and convincingly motivates a criticism of the injustices of white colonialism that is all the more powerful for its seamless coexistence with a richly imagined story and consistently engaging characters. The most surprising work of Le ClÇzio's long career, and one of his best. Read full book review > 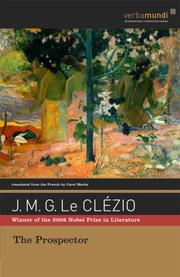 Released: Nov. 1, 1993
THE PROSPECTOR
by J.M.G. Le Clézio
Released: Nov. 1, 1993
THE PROSPECTOR
by J.M.G. Le Clézio
The prolific Le ClÇzio (The Interrogation, 1963; The Giants, 1975, etc.) offers the second title in the publisher's Verba Mundi series (see Sylvie Germain, p. 1091): an intensely lyrical first- person story of a man's life of disappointment. Near 1892, Alexis L'Etang spends his childhood on Mauritius, which seems to him an Edenic place of tropical forest, open sky, and ocean (``As far back as I can remember I have listened to the sea'') where he lives in virtually blissful happiness with his parents, beloved sister Laure, and good black friend Denis. The expulsion comes about, however, with the father's bankruptcy—his plan to bring electricity to the island is dashed by a great hurricane—and with the steady taking of the island's lush acreage (including the site of the family's house) for conversion into cane fields, this being done by the family's uncle Ludovico, who massively exploits black labor for his ends. With his father's death, Alexis is forced into doing office work for Ludovico's company, but his Eden-charged dreams of the sea, of adventure, and of the hidden treasures of ``the Unknown Corsair''—all having been highly romanticized for the boy by his dreaming and poetic father- -lead him finally to sea and to the doomed treasure-quest that occupies the rest of his story. At a length and lyric pitch sometimes repetitive and even wearing, Le ClÇzio describes, frequently with great beauty but also with a focus that comes and goes, Alexis's sea journey to the island of Rodrigues; his lonely sojourn there, along with his love for the wild and beautiful Ouma; his survival as a WW I soldier; return to Rodrigues; and finally- -without treasure, without Ouma, without his happiness, without Eden—back to what remains of his commerce-scarred childhood home. Often piercingly vivid, and poignant at the close, though patience can be an asset in getting there. Read full book review > 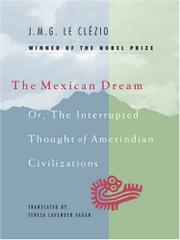 HISTORY
Released: Oct. 1, 1993
THE MEXICAN DREAM: OR, THE INTERRUPTED THOUGHT OF AMERINDIAN CIVILIZATIONS
by J.M.G. Le Clézio
HISTORY
Released: Oct. 1, 1993
THE MEXICAN DREAM: OR, THE INTERRUPTED THOUGHT OF AMERINDIAN CIVILIZATIONS
by J.M.G. Le Clézio
French avant-garde novelist Le ClÇzio (The Giants, 1975, etc.) offers up a meditation and lamentation on Mesoamerican civilizations and the Spanish conquest. Le ClÇzio starts by summarizing two key documents on the fall of the Aztecs: The True Story of the Conquest of Mexico, by conquistador Bernal Diaz, and History of Ancient Mexico, by Catholic missionary Bernardino de Sahagun. Diaz's text reveals a clash of ``dreams,'' the Spanish dream of gold vs. the Mayan dream of bearded men in armor sent by Quetzalcoatl. The History, composed after Cortes and his tiny band had crushed the vast Mexican empire, presents the shared dream of its Christian author and the surviving Indians whom he interviewed: that this lost civilization be recovered or at least memorialized. Other dreams follow, such as those of the shamanistic ``barbarian'' (i.e., non-Aztec) Indian nations, who fiercely resisted the influx of Christianity. Four hundred years later, tormented French poet Antonin Artaud arrived in Mexico, chasing his own dream of a world reborn. Le ClÇzio superbly presents the Aztec worldview with its ``dancing, bloody sacrifices, hallucinations, dreams.'' In a statement typically hyperbolic, he counts the destruction of this world of ``mystical cruelty'' by ``modern weapons and rational thought'' as ``the greatest disaster in human history.'' The author concludes by suggesting that the Aztec world, if it had survived, might have ``integrated dream and ecstasy into daily life.'' Heated, hypnotic, bizarre: Mesoamerican history as if composed by an Aztec priest. (One halftone, one map) Read full book review >