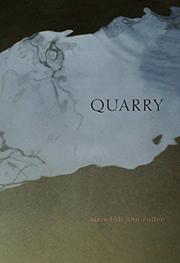 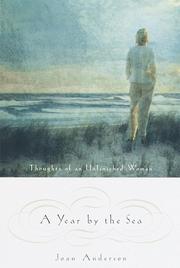 BIOGRAPHY & MEMOIR
Released: April 20, 1999
A YEAR BY THE SEA: THOUGHTS OF AN UNFINISHED WOMAN
by Joan Anderson
BIOGRAPHY & MEMOIR
Released: April 20, 1999
A YEAR BY THE SEA: THOUGHTS OF AN UNFINISHED WOMAN
by Joan Anderson
A touchy-feely finding-oneself memoir by a midlife woman who took a year off from her unfulfilling marriage and spent it in reflection by the sea. Anderson, a 50-year-old journalist and author of children's books (Harry's Helicopter,1990; 1787, 1987; etc.), refused to follow her husband when his job transferred him to another state, choosing instead to move alone to their summer cottage on Cape Cod and take stock of her life and marriage. Comparisons with Anne Morrow Lindbergh's Gift from the Sea are inevitable: both are by women concerned with the creative life, both express a closeness to nature at the seashore, a kinship with other life forms, a response to the ebb and flow of the tides, and both find metaphors in seashells. However, whereas Lindbergh has only a brief holiday at the beach and finds universal themes, Anderson's sojourn is protracted and her focus narrow. Alone, she is self-reliant and self-conscious, adventurous, resourceful, and open. Not all her time is spent in solitude, however: she works in a fish market for extra money, finds a mentor and companion in the widow of psychoanalyst Erik Erikson, has house guests, including an old friend, a psychoanalyst, and a priest, hires on as short-term cook for a nephew's film crew, and entertains her husband, sons, and daughters-in-law over Memorial Day. At the year's end, she is more certain of who she is and what she wants. She is ready to live once again with her husband, not in the old stale marriage, but in a new and still-to-be-defined one. A less-than-enthralling journey of self-discovery marred by more than a touch of self-congratulation. Read full book review >