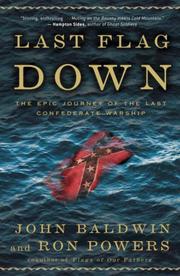 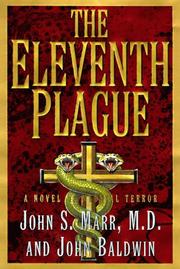 MYSTERY THRILLER
Released: Feb. 1, 1998
THE ELEVENTH PLAGUE
by John S. Marr, John Baldwin
MYSTERY THRILLER
Released: Feb. 1, 1998
THE ELEVENTH PLAGUE
by John S. Marr, John Baldwin
Epidemiologist Marr and freelancer Baldwin (Ice Pick, 1982) team up to write a gripping (if styleless) suspenser about a mad scientist bringing down upon mankind the ten Biblical plagues of Exodus, plus one more for good measure. The dramatized plagues include bread-moldderived ergot from the rye fungus, which causes massive itching, cramps, spasms, and gangrene—as well as later centuries' smallpox, leprosy, Black Plague, syphilis, dysentery, TB, typhus, cholera, and AIDS, not to mention Ebola, Lyme, and more. World-class but crazy toxicologist Theodore ``Teddy'' Graham Kameron, abused as a child by his Bible-quoting mother and now led by a toxic Voice that he assumes must be God's, has been busy re-creating and distributing these basic plague cultures, inducing swarms of bees to attack humans, killing youngsters and horses with anthrax, breeding lice, pests, frog poisons, and much else, all in imitation of the wrath of God falling upon mankind (he has also wired himself up to catch the Voice if it comes to him in his sleep). Meanwhile, pitted against Teddy is epidemiological whiz Dr. Jack Brynne, who heads the ProMED computer hotline (quite real) and flies about the planet fighting epidemics. Jack's parents died from exposure to germ-warfare agents during Japanese tests at a WW II POW camp, though underweight Jack himself escaped testing. His busyness troubles his marriage with star-crossed fellow doctor Mia Hart, who dismisses Jack's idea that a Bible nut is at work. But his old lover, investigative TV journalist Vicki Wade, who does a sort of 60 Minutes show, does take him seriously (in every way). Culminating his campaign, Teddy extracts a superpoison from microscopic marine phytoplanktons. Ironically, the poison might also be a powerful new antibiotic—though that's not what Teddy has in mind. Is Manhattan ready for this (seemingly unstoppable) airborne killer? Creepy stuff. Wash your hands thoroughly after reading. (Film rights to Fox 2000; $200,000 ad/promo; radio satellite tour) Read full book review >