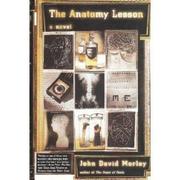 FICTION & LITERATURE
Released: Sept. 8, 1995
THE ANATOMY LESSON
by John David Morley
FICTION & LITERATURE
Released: Sept. 8, 1995
THE ANATOMY LESSON
by John David Morley
Morley (The Feast of Fools, Jan. 1995, etc.) takes us on an evening's ramble through the dim Amsterdam backstreetsa ramble leading slowly up to the revelation of a troubled family's unhappy historyin this quietly powerful work. As the hero (of sorts), Kiddo cuts a strangely familiar figure: A college dropout who lives on welfare and squats in a derelict building in an old part of Amsterdam, he seems, in his spoiled-brat rebelliousness, to embody all the pretensions of a certain class of overindulged, intellectual children. ``As an inhabitant of a perfectly level country, without even the faintest rise of an expectation on my horizon...I've been cultivating the art of Now, making notes towards a new definition of hope, that is, of hopelessness.'' And how: Bitterly angry at his parents for their decision to divorce and send him (at 13) to Boston to live with his mother, Kiddo hied back to Amsterdam at the first opportunity and threw himself into the faux-nihilist scene that European counterculture can offer young American expats. Partly, it seems, he was reacting against the example of his older brother, Morton, the straight-arrow genius who stayed with Dad and sailed through his university studies only to die of cancer in his early 20s. Most of story here is a recollectionnot so much an elegy as a reconstructionand Rembrandt's painting, The Anatomy Lesson of Dr. Tulp, becomes the central image in Kiddo's attempt to settle in his own mind just what manner of man his brother waseven to the point of witnessing his autopsy. But the insight that's achieved is cumulativea slow piecing together of fragmented information and memory. And Morley wisely resists forcing Kiddo into any kind of pat transformation once he learns some of the darker aspects of his brother's life. The ambiguity at this close strikes just the right note. Haunting and evocative: a work of intense feeling and masterful restraint. Read full book review > 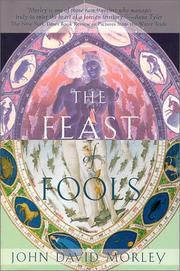 Released: Jan. 20, 1995
THE FEAST OF FOOLS
by John David Morley
Released: Jan. 20, 1995
THE FEAST OF FOOLS
by John David Morley
British-born Morley (The Case of Thomas N., 1987) fails to put Munich on the literary map in a pretentious second novel that makes the city the heart of a heavily symbolic structure, as creaky as the scenery for Munich's famed carnival balls. Beginning on September 23, the day that marks the autumnal equinox, and ending on March 20, the first day of spring, the story uses the great festivals of the old pagan and Christian calendars as milestones to advance the plot—a plot that seems to have been hatched up mostly to demonstrate that this is indeed a novel, rather than the Rabelaisian travelogue for tourists with special tastes it so often seems. The two strands, mythic and religious, are represented by sisters Stephanie (pagan) and Martha (Christian). Beautiful Stephanie, the story's contemporary Persephone, mysteriously disappears on the day she marries artist Brum and does not reappear until spring. It turns out she has moved in with gloomy but rich Max, the CEO (in a turn of breathtakingly obvious symbolism) of a funeral home conglomerate. Martha, the devout sister, is pregnant and, though married, uncertain of the baby's paternity, a fact that segues neatly into the Christmas Day birth of her twins. As the leaves fall, the seasons turn, the sun enters Scorpio, saints' days come and go, and the city enjoys its traditional and lubricious Oktoberfests, Christmas revels, and pre- Lenten carnivals (the actual Feast of Fools), Brum struggles to understand why Stephanie left him. Minor characters find love, Martha finally lets long-suffering husband Hieronymus enter her ``cone of light,'' and as the Sun rises higher in the sky, snows melt, and Stephanie returns in time for Spring. Life in quaint, naughty Munich can go on...and on. A wannabe big novel that has its moments—the writing is often vivid—but they're not enough. Beer with too much head. Read full book review >