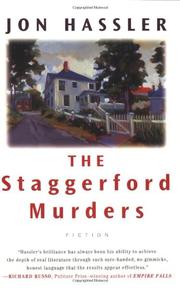 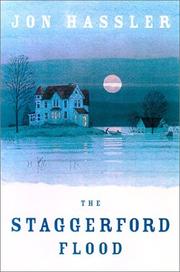 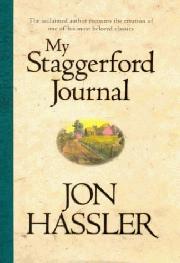 BIOGRAPHY & MEMOIR
Released: Dec. 1, 1999
MY STAGGERFORD JOURNAL
by Jon Hassler
BIOGRAPHY & MEMOIR
Released: Dec. 1, 1999
MY STAGGERFORD JOURNAL
by Jon Hassler
Hassler (Emeritus, St. John's Univ., Minnesota) gives readers an over-the-shoulder glimpse at the creative process, self-doubt, and elation that accompanied the first of his nine novels, Staggerford (1977). In 1975, with six short stories having brought 85 rejection slips, a restless Hassler requested a one-year sabbatical from teaching English at a community college in Brainerd, Minnesota, in order to realize his dream of writing a novel. The result was Staggerford, a tragicomedy about a high school teacher that has now gone through 15 paperback printings. Despite his success, however, Hassler presumes too much in expecting his loyal following to snatch up what is essentially grist for a luncheon speech or a magazine article. Instead of providing glimpses of the embryonic ideas, structures, themes, and descriptions that crop up in the journals of John Cheever or F. Scott Fitzgerald, these journal entries sound already worked over for publication. Hassler does show how writers, in tenaciously grasping general principles of the craft, can still flounder. In fleshing out —The Bonewoman,— for example, he remarks that he knows how she looks, but not how she sounds: —You need more than one sentence from a person to get a good grasp of her voice, its timbre and tone.— Other entries, less valuable to aspiring writers, catalogue the minutiae of an author's routine (—I go through a lot of contortions when I write. I jump up from the typewriter and stride around the table. I flit from window to window—). Too often, Hassler stuffs these inventories with autobiographical filler, reflecting on his lonely sojourns in an isolated cabin and the reactions of family and friends to his crazed, but ultimately triumphant, pursuit of an impossible dream. When he focuses on the writer's craft, Hassler can be wonderfully revealing. But the rest of this could have been saved for the family album. Read full book review > 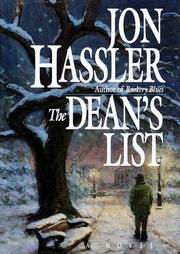 FICTION & LITERATURE
Released: May 28, 1997
THE DEAN'S LIST
by Jon Hassler
FICTION & LITERATURE
Released: May 28, 1997
THE DEAN'S LIST
by Jon Hassler
A sequel to the delightful Rookery Blues (1995), from the popular Minnesota author. The story is once again set in the academic hinterland of Rookery State College. It's 25 years later (1994), and the focus is now on the professional and personal crises stoically endured by Leland Edwards, who at 58 still lives with his octogenarian mother ``Lolly'' (the host of a popular call-in radio show) and still remembers with more than affection his ex-wife Sally and the son they lost in childhood many years earlier. This all sounds depressing, and there's no doubt that the novel exhibits too many characters burdened by what one of them calls his ``overload of worries.'' But Hassler's trademark affectionate humor is manifest throughout, as Leland deals with neurotic students and eccentric relatives, a Machiavellian hockey coach, a dim-witted college president (who thinks the legendary Paul Bunyan is a Rookery graduate), a sexual harassment charge brought against him by a disturbed woman, and, centrally, the campus visit of a real Rookery alumnus, celebrated poet Richard Falcon—who is himself besieged by the IRS, a publisher's lawsuit, and assorted other demons. Hassler weaves these complicated materials (and others) together beautifully. After a hundred pages or so, we realize we've become acquainted with an amazing number of characters, most of whose personalities are rendered in distinctive detail, even when they're only walk-ons. Flashbacks to Leland's marriage and bereavement, and to his days as a jazz pianist with the cheerfully embattled Icejam Quintet (whose other members all eventually reappear here), are expertly blended with present action. And Hassler's creation of the poems of Richard Falcon—who's a kind of amalgam of Robert Frost and Edwin Arlington Robinson—is remarkably skillful. Enormously readable, as sentimental as one might wish it to be: another dependable charmer from one of our most likable and entertaining novelists. (Author tour) Read full book review > 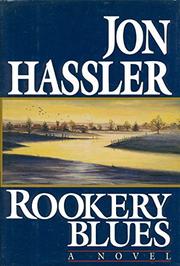 FICTION & LITERATURE
Released: Aug. 1, 1995
ROOKERY BLUES
by Jon Hassler
FICTION & LITERATURE
Released: Aug. 1, 1995
ROOKERY BLUES
by Jon Hassler
The eighth novel from the author of the endearing Staggerford series (Dear James, 1993, etc.): a delight about five faculty members who in 1969 start a jazz group at their small Minnesota state college. Tongue firmly in cheek, Hassler cheerfully sends up student unrest, inane college bureaucrats, and other academic idiosyncracies both universal and peculiar to the '60s. Remote Rookery State College is the unlikely place where Neil Novotny, lousy English teacher and mediocre unpublished novelist, comes up with the idea of starting a jazz quintet. With the help of Peggy Benoit, Neil's muse and out-of-reach love, he recruits a cast of eccentrics from a town and state full of same: Leland Edwards, slavishly devoted to his mother (with whom he still lives), will play the piano—and a mean piano it is; Connor, a painter lured away from a Minneapolis private college, plucks the bass; Peggy plays the clarinet; and Victor Dash the drums. The five make music against a backdrop of '60s shenanigans, as when Victor becomes campus leader of the Faculty Alliance of America, a neophyte union urging the faculty to strike (salaries have been frozen for two years). The novel goes on in this vein: bright, antic, and vivid, with lots of deadpan humor, romantic and political intrigue, affectionate reversals of fortune. Just when it seems that Neil will be fired because students arrange their schedules to avoid his class and because he isn't published, Connor arranges for Emerson Tate, a Minneapolis critic connected with a small press, to rewrite Neil's novel into a historical romance. With a supporting cast of characters who almost always amuse and entertain, Hassler's comic formula remains fresh, even as the strike fails and the caravan moves on. Hassler displays once again why he's the novel's answer to Garrison Keillor. This may not be Lucky Jim, but it's worthy to be mentioned in the same breath. (First printing of 40,000) Read full book review > 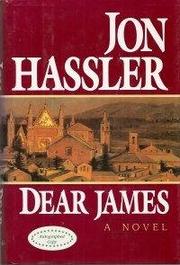 FICTION & LITERATURE
Released: May 1, 1993
DEAR JAMES
by Jon Hassler
FICTION & LITERATURE
Released: May 1, 1993
DEAR JAMES
by Jon Hassler
Hassler's seventh (North of Hope, 1990, etc.) again delivers the goods: this time, Agatha McGee (who first appeared in A Green Journey, 1985) travels to Italy to visit her old friend and pen-pal James, a Catholic priest. Sandwiched between the parts of this European journey is the usual assortment of gently comic portraits of the denizens of Hassler's mythical town of Staggerford, Minnesota. Miss Agatha McGee finds herself at loose ends when St. Isidore's Elementary School closes and she's faced with a sort of late-life crisis. In the novel's first section, we meet Lillian Kite, Agatha's neighbor who will go to Italy with her, along with Sylvester Juba, a wealthy retiree who proposes marriage to Agatha; French Lopat, a shell-shocked Vietnam vet who stays at Agatha's house while she's away; and Lillian's daughter Imogene, who's envious of Agatha and finds a way to compromise the latter's sterling reputation. The story then moves on to Italy, where James is recovering from intestinal cancer. Hassler has a good deal of fun, † la Innocents Abroad, satirizing the tourist trade (Agatha has no reverence for antiquities); Agatha also finds a ``present contentment'' with James. Later, back home in Staggerford, she must undo the damage that Imogene has done her, though she also decides to go to Ireland, where James is on a lecture tour. By the close, Agatha will attain, as James does, a late-life poise and sense of forgiveness that she's able to irradiate the town with. Old-fashioned storytelling at its best. Hassler satirizes both Minnesotan and European types, but his affection for his people is evident in the great good humor that's pervasive. Read full book review >