Known mainly for his novels, Jonathan Baumbach came to the short story later than many of his contemporaries for whom the shorter form was an apprenticeship to the more imposing task of making a novel. For Baumbach, the story represented another equally i 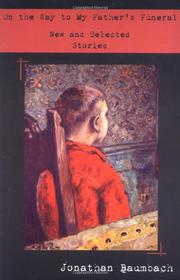 ON THE WAY TO MY FATHER’S FUNERAL: NEW AND SELECTED STORIES
by Jonathan Baumbach
FICTION & LITERATURE
Released: Jan. 15, 2005

ON THE WAY TO MY FATHER’S FUNERAL: NEW AND SELECTED STORIES
by Jonathan Baumbach
"Work from a master of short fiction."
A weighty collection brings together artists and writers, along with their analysts and miseries. Read full book review > 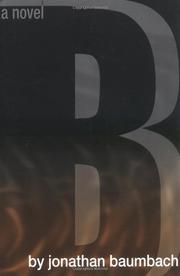 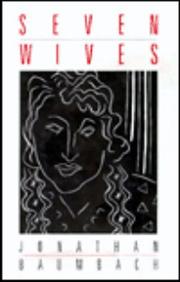 Released: May 1, 1994
SEVEN WIVES
by Jonathan Baumbach
Released: May 1, 1994
SEVEN WIVES
by Jonathan Baumbach
Baumbach (Separate Hours, 1990; The Life and Times of Major Fiction, 1987) at his most amusing in a satire on the battle of the sexes that focuses largely on the male mind not quite up to the task of grasping the female mind. Jack, who was also the narrator of Reruns (1974), is deeply suspicious, and possibly paranoid, as he describes his seven wives and his search for the perfect mate. His most passionately loved wife, Regina (his first), is perfectly clear in her own ambiguous way when stating that she can't live with or without Jack. ``I love you, Jack, but the truth is I don't like you.'' Regina, he finds, is ``incapable of doing anything she had not already promised herself not to do.'' One morning he wakes up in bed with a second wife, Lulu, who bonds to him with alcohol for a year—he can barely remember ``her mean purple eyes and slightly lopsided Kewpie-doll face.'' Then, accidentally but quite believably, Jack marries his mother, a tie that lasts two utterly sunny years. His French- speaking fourth wife is a nail-raking, bruising ear-biter; their passion is all claws and caresses, but, under encroaching respectability, their love, too, fades. Jack achieves divorce quite often simply by leaving one profession for another and flying off alone to a new city. His next wife arrives by way of a personal ad in the New York Review of Books and is a wealthy 300-pound six- footer with whom lovemaking becomes an engineering feat. His sixth marriage is to a woman seemingly secure in her excessive beauty, his seventh a reprise of first wife Regina's extremes of ebullience and despair. Funny indeed, though a bizarre ending leaves a sour taste. Read full book review >