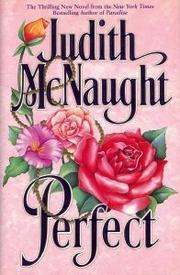 Released: May 1, 1993
PERFECT
by Judith McNaught
Released: May 1, 1993
PERFECT
by Judith McNaught
Set in Texas, the Rockies and L.A., the story of a small-town girl with a heart of gold and a Hollywood heartthrob with a past— in a sizzling sequel to Paradise (1991). At age 18, Zach Benedict is banished from his home by his dowager grandmother, who has reason to believe he shot and killed his brother. Zach, tall, strong, proud, and staggeringly handsome, hitchhikes to Hollywood and within a few years becomes a star leading man and a promising director. Then, on the set of his latest movie, his unfaithful wife Rachel is shot; Zach is convicted of the murder and sent to prison in Texas. Five years later, he stages an escape, inadvertently taking a hostage—Julie Mathison, 26, adopted daughter of a Texas Baptist minister, beloved elementary-school teacher, and untrammeled virgin. Zach heads out for Colorado, where his one remaining loyal friend, Matt Farrell, protagonist of Paradise, owns a mountain house. For a few days, Zach and Julie hide out and fall in love—and unleash pages and pages of stormy passion. Then they must part—Julie to return home, Zach to continue running from the law. But a series of new murders throws Julie's certainty that Zach is innocent in doubt. Could he be guilty? Insane? Can his grandmother cast any light on his motives? If Julie helps to capture him, will the killing stop? It does stop, but Zach is also proved innocent, and the lovers' reconciliation, delightfully delayed by doses of haughty pride mixed with passionate longing on both sides, finally takes place in a Texas chapel as Barbra Streisand sings the wedding march. A mixture of virtue and passion that is almost—ahem—perfect. (Book-of-the-Month Dual Selection for June) Read full book review > 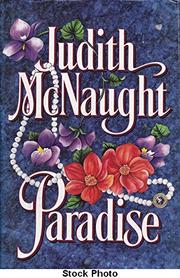 FICTION & LITERATURE
Released: July 8, 1991
PARADISE
by Judith McNaught
FICTION & LITERATURE
Released: July 8, 1991
PARADISE
by Judith McNaught
A hard-cover debut from McNaught (sudsers like Almost Heaven and Kingdom of Dreams) links—in a contentious, sizzling-sheets romance—a Chicago department-store heiress/exec and a self-made corporate king. Between the first pash and the final nuptial flight, there're pages and pages of buzz about business and betrayals. Meredith Bancroft, only offspring of the ruthless president of Bancroft & Co., had pushed romance aside—all she wanted at 18 was to fill her father's male-chauvinist trotter-prints to head Bancroft. Then entered Matt Farrell, a lowly mechanic from rural Indiana: ``His features looked as if they had been chiselled out of rough granite.'' Meredith (with ``a nose that sculptors would envy'') was a mere pebble of fate, and there followed a volcanic coupling, a pregnancy, and marriage. But, alas, Meredith, back with furious Daddy, suffered a miscarriage...then waited in vain for Matt—who believed she'd had an abortion and who wanted a divorce. Eleven years later, Matt, having risen to heights at which he's interviewed by Barbara Walters and ``emanates raw, harsh power,'' and Meredith, still held from power by Dad, clash. There's a nasty surprise about the long-ago divorce, and Matt makes some surprising demands. Will they never blurt out their separate versions of what happened 11 years before? Yes, but as romance-readers know, that takes time—here filled with stony silences, the biting of lips, and awesome lapses into Love. There's also a good deal of corporate takeover talk (nothing strenuous), fancy clothes, food, and digs. If not absolute paradise for McNaught fans, at least a sunny easement to the beach—where this will be an inevitable summer companion. (Book-of-the-Month Dual Selection for August.) Read full book review >