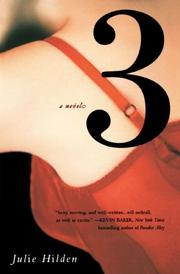 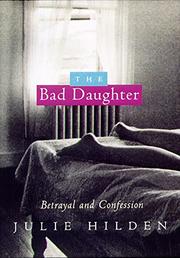 NON-FICTION
Released: April 28, 1998
THE BAD DAUGHTER
by Julie Hilden
NON-FICTION
Released: April 28, 1998
THE BAD DAUGHTER
by Julie Hilden
A disquieting and gripping memoir on what the author rightly calls a "taboo story": a child's abandonment of a parent in desperate need—here, a mother afflicted at age 48 with early-onset Alzheimer's. A Yale-trained attorney living in Washington, D.C., Hilden portrays her mother, who was divorced when the author was a young girl, as very emotionally distant and alcoholic even before the disease took hold. Hilden felt that as her mother slipped into the terrible "death in life, this half-way state" of increasing confusion, then dementia and incontinence, she had to free herself entirely from her mother's orbit and from any caretaking responsibilities. Recoiling from "fear and revulsion at what a body can become," she made a complete break to create a life for herself—the author only visited her mother, after many years of separation, during the last days of her life. Hilden writes movingly about her decision's implications for her other relationships, especially her repeated difficulties becoming close to, boyfriends (on whom she sometimes cheated). She is unblinkingly honest in analyzing herself, noting how leaving her mother and never looking back until the end was both emotionally freeing and crippling. In relationships, "I had the dubious, valuable skill of leaving," while study and then working hard reinforced "the myth of myself as an efficient academic machine," an often reality-based self-perception that "consoled me all my life." Hilden never deeply probes the ethical implications of her decision, from which she maintains a certain cool, rational distance and which she unambiguously reaffirms as necessary at the book's end. But she does write evocatively, often in short, punchy sentences, about her mother's very difficult pre-Alzheimer's personality, the disease's irredeemable ugliness, and her own sometimes "ruthless" personality. While Hilden does not come across as a responsible daughter or even, much of the time, as a terribly likable person, she unquestionably is a skillful, unsparing practitioner of the art of confessional autobiography. Read full book review >