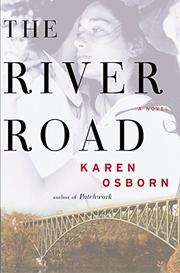 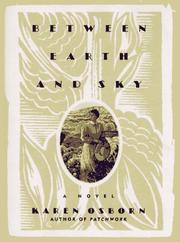 Released: March 1, 1996
BETWEEN EARTH AND SKY
by Karen Osborn
Released: March 1, 1996
BETWEEN EARTH AND SKY
by Karen Osborn
An epistolary novel that, while not scanting the hardships and tragedies of pioneer life, luminously evokes a pristine northern New Mexico. When Abigail Reynolds heads to the Southwest with her great- great-grandmother Abigail Conklin's letters in hand, she discovers not only a home for herself but family long thought to have disappeared. And between this discovery and the making of her new life, she offers the first of Abigail's correspondence, both as a family record and a testament to what becomes a lifelong love affair with a place. In 1867, with the Civil War over and prospects for Abigail's husband, Clayton, thin in his native Virginia, the Conklins joined a wagon train heading to California via New Mexico, where Clayton had been promised work in the mines. As she writes to her sister Maggie, who will be the primary recipient of her letters over the next five decades, Abigail not only defends Clayton's decision but records their travails and triumphs, along with her own growing attachment to the land. A son is drowned on the passage out; Clayton's mining ventures fail; and Abigail has to ask her Virginia relatives for money. When the Conklins abandon the rough and tumble of mining camp for farm life, however, Abigail, has found her home. She's determined to stay on even when Clayton is often away, water is scarce, and she has only her eldest daughter, Amy (who will eventually leave to study and marry in the East), to rely on for help. Three other children are born, two of whom survive, but Abigail is a survivor, too—a woman of independent spirit and loving heart who's not ashamed, though her Anglo neighbors shun her, to rear in her old age her runaway daughter's half-Indian child. The letters here, though richly detailed, are secondary to the landscape that Osborn, a poet and novelist (Patchwork, 1991), renders as a splendidly vital presence, vying with Abigail for center stage. (Author tour) Read full book review > 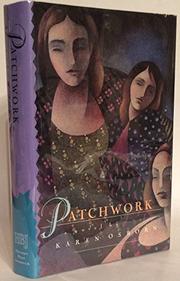 FICTION & LITERATURE
Released: July 1, 1991
PATCHWORK
by Karen Osborn
FICTION & LITERATURE
Released: July 1, 1991
PATCHWORK
by Karen Osborn
A carefully crafted first novel by poet Osborn that touches in on the lives of three sisters raised in a dusty South Carolina milltown. They are Rose, Lily, and June, daughters of a dirt-poor cotton farmer, but three very different shoots from the same vine. Salt-of-the-earth Rose marries mill-worker Edward and leads a lean but very steady life, bearing three children and cleaving to the church as the troubles of even the most conscientiously lived life threaten to drag her down. Lily devotes herself to getting what she wants, which is chiefly sex, though personal license doesn't set her free since she can't keep herself from bad-seed Charles, her first husband, even after she divorces him and marries mill-boss Forrest. And poor June, who weds the town banker, gets institutionalized after attempting infanticide; her daughter, Sylvie, is taken in by Rose and develops a passionate, quasi-incestuous attachment to Rose's son, Benjy. The years shuttle by, leaving all three sisters together in old age, with widowed Rose working at the mill again, Lily watching soaps and having a hard time remembering to keep her clothes on, and June, released from the asylum, still living in a dream world. It's only Sylvie who manages to make her way out of the family tangle, marrying happily and working as a free-lance writer in San Francisco. Osborn creates a beguiling array of female voices here, and a very authentic sense of time and place. But her story is essentially undramatic, which is what keeps it from achieving the cathartic resonance of the tonally similar novels of Alice Walker. Read full book review >