I was born September 4, 1962 in Brandon Manitoba. My family are Mennonites, part of a community which has lived in southern Manitoba for over one hundred years. I am the second science fiction writer to come out of this small community -- the first was A. 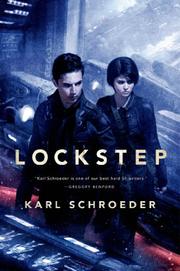 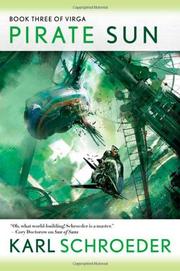 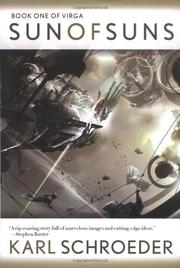 SUN OF SUNS: VIRGA, BOOK ONE
by Karl Schroeder
"Outrageously brilliant and absolutely not to be missed."
What if space had air in it? That's the—ostensibly—insane premise of Schroeder's latest wooden-hulled, middle-tech adventure (Lady of Mazes, 2005, etc.), the first in a projected series. Read full book review > 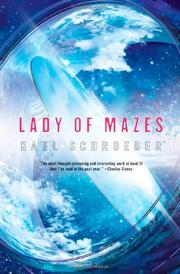 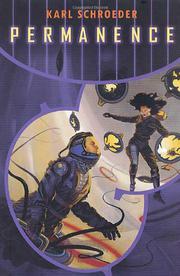 PERMANENCE
by Karl Schroeder
"Once again, the plot—of which the foregoing is barely a hint—arises organically from the backdrop and characters: thoughtful, well-informed, insightful work, with a sharp yet subtle political subcontext, catapulting Schroeder into SF's front rank."
Another blazing far-future saga from Schroeder (Ventus, 2000, etc.). In this universe, brown dwarfs—bodies midway between giant planets and small suns, whose feeble glow results from gravitational contraction, not nuclear fusion—abound. Humans, colonizing the galaxy at sub-light speeds, occupied many of these `halo worlds` and established the Cycler Compact, trading among the colonies in sub-light spaceships called cyclers. But with the invention of faster-than-light ships, the lit worlds—they have fusion suns massive enough to ignite the FTL drive—established the predatory Rights Economy, abandoning the halo worlds to a spiral of decline. Young Rue Cassels, fleeing her abusive, ignorant brother Jentry, arrives at the halo world Erythrion just in time to detect what turns out to be not merely a derelict cycler but an alien vessel. She's forced to share possession of the ship with the Rights Economy's Admiral Crisler (he's looking for weapons to help the R.E.'s struggle against their own increasingly successful rebels) and alien experts Laurent Herat and Michael Bequith. Herat's researches show that civilizations always, in the long run, fragment into warring factions and become extinct. Only two species bucked the trend: the Chicxulub, who 65 million years ago destroyed all competing lifeforms throughout the galaxy; and the Lasa, who may have pioneered a way to survive and prosper in the environment offered by the halo worlds. So everybody has cogent reasons for discovering the origin of the alien vessel and plumbing its secrets. Read full book review > 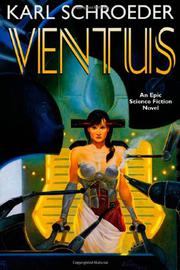 VENTUS
by Karl Schroeder
"Delightful and engaging, both intellectually and viscerally: a superb achievement."
Three firsts—solo outing (The Claus Effect, with David Nickle, not reviewed), SF, and hardcover—for Toronto resident Schroeder. Planet Ventus, seeded by nanotechnology a thousand years ago, now harbors earthly life forms, including humans, and three types of nano-life-forms. These, mecha, desals, and Winds, were designed to serve the human colonists; instead, the godlike Winds act only to destroy technology that threatens the planet's still-precarious ecological balance. Meanwhile, Earth's civilization—the Archipelago—has developed advanced artificial intelligences, one of which, 3340, turned predatory and was only recently defeated after a dreadful war. The last surviving part of 3340, the nano-enhanced human Armiger, intends to rule Ventus through the Winds, but as yet lacks the key to their control. To gather information, Armiger has placed a nanotech surveillance device inside the head of young Jordan Mason, but this, unknown to Armiger, has begun to function in reverse, plaguing Jason with terrifying visions. Calandria May, an enhanced human instrumental in destroying 3340, suspects Armiger may be a resurrection seed, ready to blossom into another 3340. This she cannot permit. In Jordan she finds a handy means to spy on Armiger. Jordan, however, discovers he has the ability to speak to the desals; they oppose the Winds, remaining loyal to the colonists' original scheme. The Winds have developed their own language and no longer care to communicate with humans—but they recognize the deadly threat that Armiger poses . . . The glowing, intricate plot arises organically from this stunningly inventive backdrop. Read full book review >