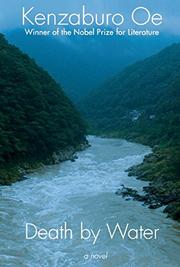 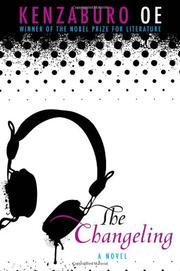 THE CHANGELING
by Kenzaburo Oe, translated by Deborah Boehm
"Kogito, ergo sum. He thinks and remembers and imagines. Therefore, he is. "
Once again introspection and autobiography are transmuted into compelling fiction in the latest from Japan's 1994 Nobel laureate (Somersault, 2003, etc.). Read full book review > 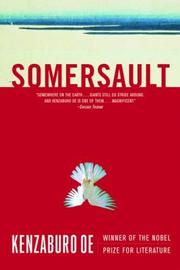 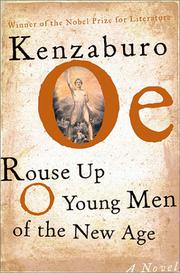 ROUSE UP, O YOUNG MEN OF THE NEW AGE
by Kenzaburo Oe, translated by John Nathan
"Oe has been afflicted, and blessed, with a great theme that's entirely his own—and has made it the cornerstone of an irresistibly compelling body of work."
Perhaps the best of several fictionalizations of life with his brain-damaged son Hikari, this moving 1986 novel (previously untranslated into English) by Japan's 1994 Nobel laureate ranks with such triumphs as Oe's The Silent Cry (1975) and Teach Us to Outgrow Our Madness (1969). Read full book review > 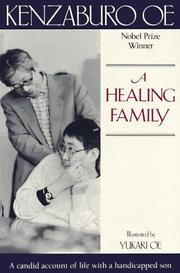 NON-FICTION
Released: Nov. 1, 1996
A HEALING FAMILY
by Kenzaburo Oe
NON-FICTION
Released: Nov. 1, 1996
A HEALING FAMILY
by Kenzaburo Oe
Oe's (The Silent Cry, 1975, etc.) first new book since his 1994 Nobel Prize for Literature is a slender memoir returning to a familiar subject, his brain-injured son. The novelist has written about his first son Hikari's development on several occasions, in short stories, novels, and essays. Clearly, the experience of having a handicapped child is one that has marked his creative development, although that aspect of his life is covered only obliquely in this collection of essays about Hikari and the rest of the Oe family. The book's title carries a double meaning, repeatedly restated throughout its 15 essays (and in an afterword by Oe's wife, Yukari, who also provides the delicate line drawings at the head of each chapter). The Oe family has undergone a process of healing, achieving an acceptance of Hikari's limitations and a willingness, even eagerness, to let him test their boundaries. At the same time, their life with Hikari has left them better equipped to extend themselves to one another, to be a family that heals. This is nowhere more apparent than in Oe's many references to the strains caused by the presence of his 90-year-old mother-in-law, frail and quite senile, in the family home. Today Hikari is in his 30s, a serious and well-regarded composer of chamber music. Music, Oe says, has long provided Hikari's primary means of communication with an outside world that he often finds baffling. It is his music that occasions the book's most triumphant and moving moments, a musical tour of Europe in which Hikari gets to hear and meet many great European musicians in person. Oe's treatment of his family's struggle is always frank and shines with the quiet, unassuming intelligence and decency that has consistently been at the heart of his work. A lovely book, low-key, avoiding easy sentimentality, honest to a fault. (First printing of 50,000) Read full book review > 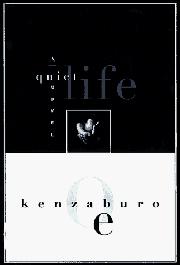 FICTION & LITERATURE
Released: Oct. 1, 1996
A QUIET LIFE
by Kenzaburo Oe
FICTION & LITERATURE
Released: Oct. 1, 1996
A QUIET LIFE
by Kenzaburo Oe
This 1990 novel by the 1994 Nobel-winner fictionalizes publicly known facts about Oe's personal life: specifically, the story of his adult son Hikari, hopelessly brain-damaged yet possessed of a remarkable intuitive gift that has brought him fame and success as a composer of some highly original music. It's a curious book. The ordeals of the unnamed family at its center are described in a ``diary'' kept by their only daughter (and middle child) Ma-Chan, a student of literature who becomes her brother's keeper when their father, an eminent novelist identified as ``K,'' travels to America for a six-month residency at a California college. What begins as a strictly factual, almost clinical account of the details of caring for a grown man (``Eeyore,'' as Hikari is affectionately nicknamed) who's subject to epileptic fits, easily distracted, and only intermittently lucid, metastasizes, as it were, into a linked series of meditations on films seen (especially Andrei Tarkovsky's futuristic Stalker), books read (Blake's ``Prophetic Books,'' CÇline's Rigadoon), and disturbing experiences (a respected uncle's death from cancer, the apprehension of a neighborhood child-molester, strained relations with a muscular swimming coach who has been accused of sexual impropriety). These events appear, to the imaginative Ma-Chan, to have some significance in her ongoing struggle to accept her brother for what he is, and in her efforts to help make him a functioning part of society—imperatives that, in a courageous display of self-scrutiny, Oe clearly feels he himself has only imperfectly heeded. The novel is, on the whole, tediously discursive—and yet, as is always the case with Oe, the simplicity of his style and the bluntness with which his ideas are presented contrast intriguingly with the often hallucinatory intensity of his characters' emotions and perceptions. You know there's something substantial here, and you keep reading on. Imperfect work, then, but, still, a welcome building-block in the ungainly structure that is Oe's utterly distinctive and compelling oeuvre. (Author tour) Read full book review > 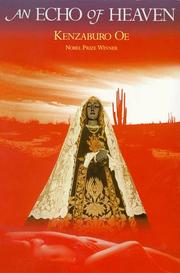 FICTION & LITERATURE
Released: May 6, 1996
AN ECHO OF HEAVEN
by Kenzaburo Oe
FICTION & LITERATURE
Released: May 6, 1996
AN ECHO OF HEAVEN
by Kenzaburo Oe
The 1994 Nobelist's most recent novel (after Nip the Buds, Shoot the Kids, 1995) is a tense meditation on the life of a stricken woman whose sufferings and subsequent transformation linger hauntingly in the memory of the narrator entrusted with her story. That narrator is recognizably Kenzaburo Oe, a famous novelist whose loving and despairing relationship with his mentally retarded son has repeatedly found its way into his books. She is Marie Kuraki, a divorced university teacher whose academic specialty is Flannery O'Connor. O'Connor's own burdened life and complicated religious faith assume new meaning for Marie when a series of catastrophic misfortunes overtake her. The double suicide of her crippled younger son and his brain-damaged older brother, the death of her ex-husband (just as they were planning to reconcile), and Marie's own battle with breast cancer propel her into a close, if argumentative, relationship with the narrator and his family (begun when they both participate in a hunger strike to honor the memory of the Hiroshima dead and protest the proliferation of nuclear weapons). Marie later involves herself with a (somewhat pretentious) theater troupe, and then a zealous commune that removes to America (her affair with a self-styled religious leader nicknamed ``Uncle Sam'' is a bit too nakedly symbolic), and spends her final days in the Mexican countryside, where she is adored as an incarnation of stoicism. Oe's narrator broods compulsively over the enigma of Marie Kuraki's faith (or lack of it), finding parallels for her fate in literary texts (by Balzac, Dante, Yeats, and Dostoevsky, among others). Her enigmatic forbearance evokes for him the great Russian novelist's beleaguered women characters. Though discursiveness dissipates the story's narrative unity, its impassioned intensity keeps you riveted to the page. Not a fully achieved work of fiction, but, still, an impressively dramatic specimen of the contemporary didactic novel, a genre that Oe has elevated by impressing upon it so powerfully his own personal history and sensibility. Read full book review >

HISTORY
Released: Aug. 1, 1995
HIROSHIMA NOTES
by Kenzaburo Oe
HISTORY
Released: Aug. 1, 1995
HIROSHIMA NOTES
by Kenzaburo Oe
Reissued with a new introduction by the author for the 50th anniversary of the bombing of Hiroshima and Nagasaki, Nobel Prize winner Oe's 19635 ruminations on the Atomic Age are still timely. This collection of essays was first published at a time when Oe ``felt that my career as a writer had reached a stalemate,'' shortly after the birth of his severely retarded son; visiting Hiroshima, he underwent what Oe himself describes as a conversion experience and found new purpose to his career and the strength to deal with his son's medical problems. As he recounts his first trip to Hiroshima, to cover the Ninth World Conference against Atomic and Hydrogen Bombs in 1963, Oe contrasts with dry, understated irony the difficult, painful work of the self-effacing men and women of the medical teams working at Hiroshima with the pettiness of the political squabbles that threatened the conference. Unfortunately, the pieces that follow the initial essay, with Oe returning again to the city, become repetitive and even, regrettably, a bit dull. Moreover, the book needs a more comprehensive update than Oe's brief introduction provides. Disappointing overall, considering who the author is, but the first essay in the collection is essential reading. Read full book review > 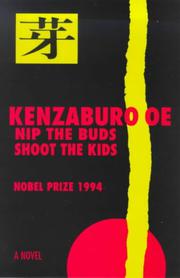