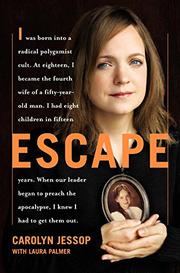 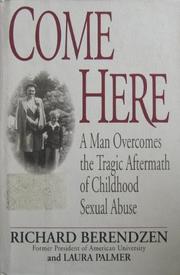 NON-FICTION
Released: Sept. 1, 1993
COME HERE: A MAN OVERCOMES THE TRAGIC AFTERMATH OF CHILDHOOD SEXUAL ABUSE
by Richard Berendzen, Laura Palmer
NON-FICTION
Released: Sept. 1, 1993
COME HERE: A MAN OVERCOMES THE TRAGIC AFTERMATH OF CHILDHOOD SEXUAL ABUSE
by Richard Berendzen, Laura Palmer
A scandal broke out a few years ago when American University president Berendzen was caught making sexually oriented phone calls to strangers. Here, Berendzen (Is My Armor Straight?, 1985) and Palmer (Shrapnel in the Heart, 1987) team up to tell the harrowing story of the academician's childhood sexual abuse—abuse that festered until its tragic eruption during middle age. Berendzen's mother first seduced the author when he was eight and continued until he was eleven, stopping for reasons as unspoken as her motivations for the abuse in the first place. Berendzen blocked the episodes from his consciousness and lost himself in work, becoming an astronomer, a professor at Harvard, and, finally, president of AU. Workaholism had destroyed his first marriage, but his second was happy and stable, as wife Gail worked with him to upgrade AU's image and put it on the road to financial prosperity; together, they became prominent on the Washington social scene. But, gradually, disturbing compulsions began to intrude upon Berendzen's carefully controlled life. He found himself making furtive phone calls to day-care providers who had advertised in Washington newspapers. He would quiz them about sexual activities with children and lead them on with confessions of his own invented exploits. The author never linked the calls to what he'd suffered, and, he says, never got sexual pleasure from them: He was trying to find out, in a confused way, what makes adults use children for such sick purposes. One woman decided to trap Berendzen and taped his calls: Exposed and forced to resign his position, he entered the John Hopkins clinic for sexual disorders and began to face his past. Berendzen's story of his recovery, his wife and daughter's steadfastness, his efforts on behalf of other abuse survivors, and his final forgiveness of his parents is told with honesty, eloquence and humility. An inspiring and compelling work. (Photographs—not seen) Read full book review >

IN THE ABSENCE OF ANGELS: A HOLLYWOOD FAMILY
by
In an extraordinary book, the wife of TV star Paul Michael Glaser (Starsky and Hutch) tells the harrowing story of her family's many-fronted battle with AIDS. In 1981, Elizabeth Glaser contracted AIDS through blood transfusions received after childbirth. Five years later, she learned that her daughter, Ariel, had developed AIDS; that she herself had the HIV virus (her milk had infected the baby); and that her 18-month-old son also carried the disease. "Along with this hideous medical diagnosis," she writes, "came instructions on how we needed to handle the rest of the world." Immediately, the Glasers enlisted friends "in a conspiracy of silence" to protect their children. Glaser writes of the "incredible isolation," then of the nightmare of watching the disease take possession of her uncomplaining five-year-old. Ariel is soon in great pain, unable to walk, eat, or speak, her brain "atrophied." Quickly, Glaser realized that doctors knew little about AIDS in children (why does the disease attack their central nervous systems?), that children with AIDS couldn't get AZT—then the only effective drug—and that they had no advocate. Keenly aware of her privileged position, Glaser began her indefatigable fight to raise research money, lobbying in Washington (speaking even with Reagan) and setting up The Pediatric AIDS Foundation; this funding fight has helped her transcend the devastation of her daughter's death. Aided by Palmer (Shrapnel in the Heart, 1987) Glaser speaks with candor of fear, rage (particularly at The National Enquirer, which forced the family to break the story), and grief so sharp that she can handle it only alone. She expresses (sometimes in understandably sentiment-filled language) her love for her family, and gratitude to constant friends, certainly "the real live angels." A powerful story of private and public dimension—sad, but not without hope—through which a courageous woman gives voice to the estimated 20,000 American children who now have AIDS. Read full book review >