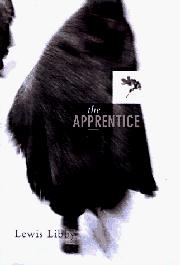 MYSTERY THRILLER
Released: Sept. 1, 1996
THE APPRENTICE
by Lewis Libby
MYSTERY THRILLER
Released: Sept. 1, 1996
THE APPRENTICE
by Lewis Libby
First novel set in northernmost Japan in 1903, when war is brewing with Russia. The impending war, however, seems to have little to do with Libby's protagonist, an apprentice innkeeper named Setsuo, usually referred to as ``the youth.'' While the youth's master is gone, a terrible blizzard sets in and a motley crew is snowbound, including the various exotic members of a theatrical troupe. A bearded man and a hunter also prepare to enter the inn, but at the last moment plunge onward in the storm. Their action seems suicidal, and, partly to impress a young woman in the troupe, Yukiku, and partly out of genuine concern, the youth chases after them. He witnesses the bearded man's murder of the hunter, but the bearded man spares the youth and tries to warn him of something. The youth in turn, warming his hands on the dead man's body, takes his purse and discovers a mysterious box. Murders ensue, as well as a quite literally steamy scene as the youth spies upon Yukiku in the inn's hot spring. Though questioned insistently by members of the troupe, the youth stubbornly denies knowledge of the box, thinking he could be linked to the theft of the dead man's purse. The youth is beaten and left for dead, then befriended by a samurai in league with the bearded man. The theatrical troupe are spies, it develops, and Yukiku an enemy seductress. The bearded man is a loyalist who returns with spring to explain that the youth has been a true patriot, shielding his country's war plans. ``Arise. You are reborn,'' the bearded man says. The youth accepts a reward and leaves the inn, his apprenticeship at an end. Mostly atmosphere, but it's a satisfyingly romantic atmosphere, like that of an old, swashbuckling boys' novel dropped down in Japan, with a dash of Yukio Mishima for good measure. Read full book review >