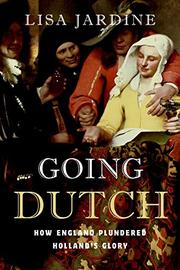 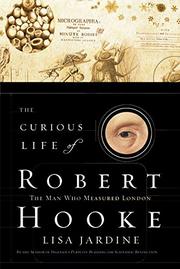 THE CURIOUS LIFE OF ROBERT HOOKE: THE MAN WHO MEASURED LONDON
by Lisa Jardine
"A terrific work, notable for its gravity and humor, scholarship and popular appeal. (Illustrations throughout)"
The little-known life of a gifted but cranky associate of Christopher Wren and bitter rival of Isaac Newton. Read full book review > 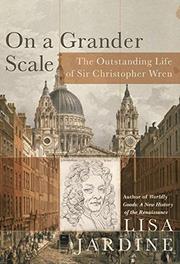 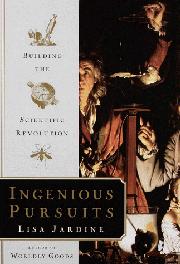 HISTORY
Released: Nov. 9, 1999
INGENIOUS PURSUITS: BUILDING THE SCIENTIFIC REVOLUTION
by Lisa Jardine
HISTORY
Released: Nov. 9, 1999
INGENIOUS PURSUITS: BUILDING THE SCIENTIFIC REVOLUTION
by Lisa Jardine
The 17th and 18th centuries saw a scientific revolution unlike any in history; here's a look at the remarkable men (and a few women) who brought it about. While her subject is international in scope, and in its broadest outlines spans three centuries, Jardine (Worldly Goods, 1996) keeps her primary focus on London in the last few decades of the 17th century, when the Royal Society was in its glory. An exclusive club for the investigation of nature, it drew an incredible array of talents: Newton and Halley, Boyle and Wren, along with dozens of lesser-known scientists and curious amateurs like Pepys. Its meetings ran the gamut from science to showmanship, usually under the direction of Robert Hooke, who responded to scientific questions by building instruments to investigate them. And, as Jardine shows, there were plenty of oversized egos in the mix: After Hooke criticized his paper on optics, Newton stayed aloof from the Royal Society until after Hooke's death in 1704. John Flamsteed, the first Astronomer Royal, refused to publish his observations—and when Newton tricked him into letting some loose, won authorization to destroy the unsold portion of the print run. Here too are wonderful unknowns, from Hans Sloane, who introduced milk chocolate to Europe, to John Tradescant, who assembled a botanical garden so various that contemporaries dubbed it the "Ark." The author gives due emphasis to the work of continental investigators such as Huygens, Leeuwenhoek, and Cassini, and to the importance of voyages to exotic locales like St. Helena, South Africa, and the Americas in bringing new specimens back for Europe to study. She provides ample citations from contemporary sources and many contemporary illustrations to convey the flavor of the times, and has a good sense of when to give the reader a taste of the scandals, feuds, and scientific donnybrooks of the era. Well-written, unfailingly lively, and packed with fascinating characters—one of the best scientific histories in years. Read full book review > 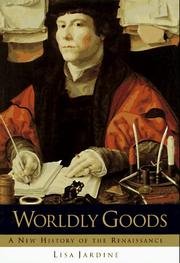 HISTORY
Released: Dec. 31, 1996
WORLDLY GOODS: A NEW HISTORY OF THE RENAISSANCE
by Lisa Jardine
HISTORY
Released: Dec. 31, 1996
WORLDLY GOODS: A NEW HISTORY OF THE RENAISSANCE
by Lisa Jardine
A perceptive history of the Renaissance from an original angle: its appetite for material possessions. Jardine (English/Univ. of London) argues that the unashamed pursuit of valuable possessions, including great religious and secular art, was a defining characteristic of the period. The new age of learning and exploration was also, she reminds us, an age driven by the urge to own, to publicly succeed, and the author views the typical ``Renaissance man'' as being motivated by conspicuous consumption as much as by humanist principles. The leading members of Renaissance society sought to live in ornate palaces filled with fine paintings, sculpture, marble and rare stone, porcelain, Venetian glass, silk from China, broadcloth from London, rich velvet, and fine tapestries and carvings—hardly the spiritual symbols of a deeply religious era. Yet Renaissance religious art reflected a true spirituality: Most Renaissance artists believed that only the very best was good enough to honor their sacred subjects. In Jardine's view, the Renaissance uniquely combined the sacred with the profane: She cites examples of literature and art that blithely mixed a celebration of valuable commodities with sacred themes. During the Renaissance, city-states like Venice and Genoa grew fat channeling the riches and spices of the Orient into Europe. Trading, capital investment, banking, and credit all accelerated the creation of a new wealthy class. Ostentation reflected the authority of powerful princes of the states and the Church, and the achievements of great merchants. Some innovations improved the lot of the common man and inspired more humble consumption. In particular, the invention of the printing press made formerly handwritten rare copies of Greek and Roman classics available to learned commoners. Jardine's primary research and conclusions appear sound and convincing, providing new insights into the acquisitive basis of a fascinating age that helped to shape our world. (16 color plates, 60 b&w illustrations, not seen) (Author tour) Read full book review >