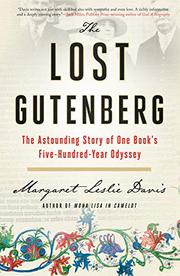 THE LOST GUTENBERG: THE ASTOUNDING STORY OF ONE BOOK'S FIVE-HUNDRED-YEAR ODYSSEY
by Margaret Leslie Davis
Released: March 19, 2019
NAMED ONE OF THE BEST BOOKS OF 2019

THE LOST GUTENBERG: THE ASTOUNDING STORY OF ONE BOOK'S FIVE-HUNDRED-YEAR ODYSSEY
by Margaret Leslie Davis
"A great read for any book lover."
The surprising journey of a special book. Read full book review > 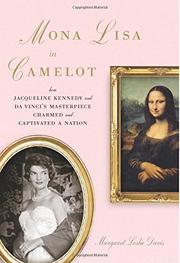 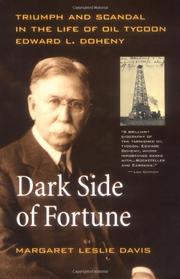 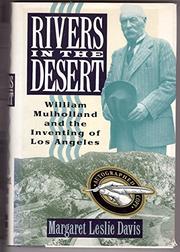 BIOGRAPHY & MEMOIR
Released: July 28, 1993
RIVERS IN THE DESERT: WILLIAM MULHOLLAND AND THE INVENTING OF LOS ANGELES
by Margaret Leslie Davis
BIOGRAPHY & MEMOIR
Released: July 28, 1993
RIVERS IN THE DESERT: WILLIAM MULHOLLAND AND THE INVENTING OF LOS ANGELES
by Margaret Leslie Davis
Sluggish account of the financial and political maneuverings that marked efforts to bring water to the arid Los Angeles Basin at the turn of the century. Realizing that their drought-plagued city's growth would be checked unless immense supplies of water could be made readily available, officials of the Los Angeles Department of Water and Power (headed by engineer William Mulholland), in conjunction with local politicians, devised a plan to divert the water of northern California's Owens River through a monumental system of aqueducts, canals, tunnels, and reservoirs 250 miles south to L.A. When word of the plan spread, a land boom resulted, particularly in the desertlike San Fernando Valley. Once the conduit system was in place—after an incredible effort involving thousands of workers and six years of backbreaking labor—irate residents living near the Owens River, deprived of the water essential to their agriculture-based economy, tried to sabotage the system with derringers, dynamite, and demonstrations. The tense situation continued until March 12, 1928, when a major dam in the system collapsed, causing millions of dollars in property damage and more than five hundred deaths. During an official inquiry, Mulholland took responsibility for the catastrophe but was cleared of criminal charges. He died in 1935, a broken man—and in the years since, the Colorado River has replaced the Owens as L.A.'s water source. All this should have made for an engrossing narrative (Mulholland's debacle formed the basis of the film Chinatown), but Davis writes with little color or inflection. Though she centers her narrative on Mulholland, she never gets beneath the surface of his obsessive, autocratic personality—nor does she supply insights into the boomtown boosterism that pervaded official L.A. circles and prompted the grandiose plan in the first place. Exciting when detailing the harrowing dam collapse, but this episode isn't enough to energize an otherwise lackluster presentation. (Thirty b&w photographs—not seen) Read full book review >