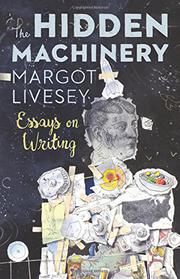 THE HIDDEN MACHINERY: ESSAYS ON WRITING
by Margot Livesey
"Would-be writers will find this both useful and inspiring, while general readers can simply enjoy Livesey's keen insights and engaging prose."
From the noted creative writing teacher and novelist, a smart, unpretentious guide to "writing the life, shaping the novel." Read full book review > 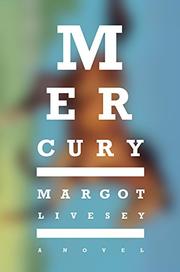 MERCURY
by Margot Livesey
FICTION & LITERATURE
Released: Sept. 27, 2016
NAMED ONE OF THE BEST BOOKS OF 2016

MERCURY
by Margot Livesey
"Uncharacteristically dark, yet more evidence of Livesey's formidable gifts."
Another probing study of the way character shapes our destinies from the author of The Flight of Gemma Hardy (2012), etc. Read full book review > 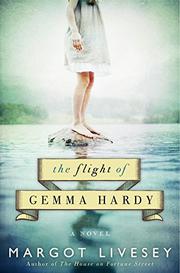 THE HOUSE ON FORTUNE STREET
by Margot Livesey
FICTION & LITERATURE
Released: May 6, 2008

THE HOUSE ON FORTUNE STREET
by Margot Livesey
"Moving, gruffly tender and piercingly truthful. Livesey has plenty of critical respect already, but her talents merit a broad popular audience as well."
Love proves a destructive force in the lives of four Brits who have divergent perspectives on their interrelated dilemmas in another probing, satisfying novel from Livesey (Banishing Verona, 2004, etc.). Read full book review >

BANISHING VERONA
by Margot Livesey
"Like all Livesey's novels: notable for her penetrating knowledge of the human heart coupled with respect for its essential mysteries, both explored in elegant, evocative prose."
A housepainter with Asperger's syndrome and a pregnant, unmarried radio host meet under false pretenses, have sex, and then are separated for nearly the duration of this unsparing yet cautiously hopeful story examining love's many varieties. Read full book review > 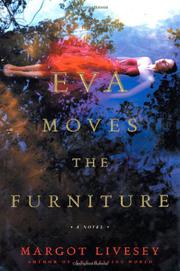 EVA MOVES THE FURNITURE
by Margot Livesey
"Pitiless, deeply moving, and terrifying: another flawless work from an uncompromising artist."
A haunting and haunted fourth novel from Livesey (The Missing World, 2000, etc.), this about a woman whose life is accompanied by invisible "companions" who shape her destiny in ways both helpful and harmful. Read full book review > 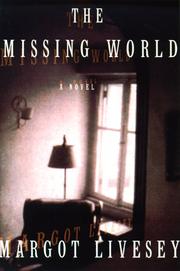 FICTION & LITERATURE
Released: Jan. 18, 2000
THE MISSING WORLD
by Margot Livesey
FICTION & LITERATURE
Released: Jan. 18, 2000
THE MISSING WORLD
by Margot Livesey
A penetrating analysis of the ways in which desire misleads and entangles us, set in modern London, by Scottish author Livesey (Criminals,1996, etc.). The chilly and manipulative Jonathan is given what he at first takes to be an astonishing reprieve. His longtime lover, Hazel, has left him, disgusted by his lies and his other liasons. Then she's struck by a car, and among the effects of the accident is a loss of recent memory: She can recollect her relationship with Jonathan, but not that it ended. Her parents, anxious to have someone look after her, urge Jonathan to take her back to his house, and he does, neglecting to tell her about his unfaithfulness or her departure. Hazel, who suffers from seizures, is at first an invalid, and later something more like a prisoner. An unlikely pair of figures, drawn to the house by chance, begin to take a lively interest in her life. Freddie, an expatriate American roofer fascinated by illness, comes to repair Jonathan's leaking roof. He is at first intrigued by Hazel's odd case, then finds himself more and more anxious to protect her. Charlotte, a down-on-her-luck actress, broke, pursued by creditors, and with a dead-end career, moves in with her sister, who is serving as Hazel's nurse. Charlotte is equally fascinated by Hazel's case, and is even more entranced by Freddie. A complicated set of misunderstandings ensue; Charlotte draws closer to Freddie, and Jonathan finds it ever more difficult to juggle the lies he's told Hazel. Gradually, her memory begins to return. Freddie and Charlotte concoct a desperate, and somewhat melodramatic, plan to spring Hazel from her vaguely threatening captivity, Jonathan reacts violently, and each discovers the sad costs of the deceptions they have either spun or been caught up in. Livesey's narrative often seems analytical, distant, devoid of visible emotion, but these four odd figures are each precisely rendered and entirely believable. And their sad discoveries about themselves ring true. A somber novel, possessing great cumulative force. Read full book review >

MYSTERY THRILLER
Released: Feb. 8, 1996
CRIMINALS
by Margot Livesey
MYSTERY THRILLER
Released: Feb. 8, 1996
CRIMINALS
by Margot Livesey
The discovery of a baby left in the men's room of a bus station exposes all kinds of human foibles—including, rather uncomfortably, our own—in this trenchant, tragicomic second novel from Livesey (Homework, 1990). Ewan Munro, a young, proper businessman finds the baby as he's en route from London to Scotland to visit his sister, Mollie. In a panic, not knowing what else to do, he carries the infant onto the departing bus and presents her to Mollie at the end of his journey. For Mollie, alone and depressed after a breakup with a longtime lover, the beautiful dark-eyed baby is a kind of wish come true. Immediately she makes plans to keep her, and Ewan, preoccupied with his own troubles at work, unwittingly plays along. But while Mollie is giving in happily to the routine of nappies, bottles, and lullabies, a young Indian woman named Joan is grieving about her missing baby, Grace. Kenneth, Grace's natural father, won't tell Joan the truth: that he put the child in the bus station and waited to see what would happen next. When the baby was picked up by well- dressed Ewan, Kenneth trailed him, sensing there might be money to be made somehow in all of this. He manages to keep Joan from going to the authorities about her lost baby by threatening to expose her beloved brother as an illegal alien. This chain of events would never link up without just the right character flaws among all these people, and Livesey depicts them brilliantly. In one stunning, shattering scene, everyone is forced to deal with his or her own guilt next to baby Grace's almost terrifying innocence. Livesey raises great questions here about what makes a criminal, but the answers she offers in the end may leave the reader slightly disheartened. A wonderful labyrinth of good and evil, funny and sad, but be prepared: There's really no way out. (First printing of 50,000; Literary Guild alternate selection; author tour) Read full book review >