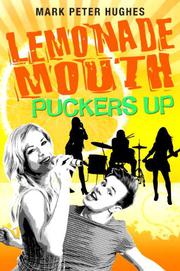 It's summer, and although each of the band's five members—Olivia, Charlie, Mo, Wen and Stella—have jobs, they compose and record new songs in their friend Lyle's garage studio. Their performance at Cranston's Chowder Fest attracts the attention of legendary agent Earl Decker, who tries to mold the group into a chart-topping indie phenom, paying for an expensive, moody photo shoot and studio time. He also secures them an audition on American Pop Sensation, where the gutsy teens stand up to the mean-spirited judges. When video of their judge-scolding incident—sure to inspire the many compulsive watchers of Simon Cowell to punch the air in solidarity—goes viral and combines with their philosophical objections to being Photoshopped in a sponsor's ad, Lemonade Mouth fires Earl in favor of remaining true to their convictions. The band's independent, quirky journey is conveyed through the diary entries, letters, transcribed interviews and screenplay excerpts that form the narrative—and that promise at least one more chapter in the band's imaginary history. 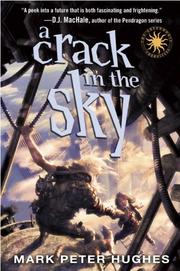 ADVENTURE
Released: Aug. 24, 2010
A CRACK IN THE SKY
by Mark Peter Hughes
ADVENTURE
Released: Aug. 24, 2010
A CRACK IN THE SKY
by Mark Peter Hughes
Prophesied savior meets eco-thriller in this too-long apocalyptic adventure. Thirteen-year-old Eli is destined for a cushy job at InfiniCorp, his grandfather's company; all-powerful InfiniCorp runs the domed cities that house the remainder of human civilization. From the Department of Painless Dentistry to the Department of Cool and Comfortable Air, InfiniCorp reassures the citizens that it's taking care of everything. Eli bucks the system and his own family's trust by questioning the glitches he witnesses in the dome. It's not long before he's roped in to the plots of the Outsiders, barbarians who inhabit the hellish desert outside the domes. Eli's adventure occasionally descends to proselytizing, with wise mentors explaining the dangers of climate change and consumerism. As homily it fails: Why learn about climate change if salvation lies in a predestined child of privilege leading the suffering masses to the Wild Orange Yonder? Nonetheless, there's enough excitement in this story of gadgets and intelligent animal sidekicks (Eli's pet mongoose, Marilyn, communicates with him telepathically) to keep readers turning pages—though possibly not enough to make them seek out volume two. (Science fiction. 12-13)Read full book review > 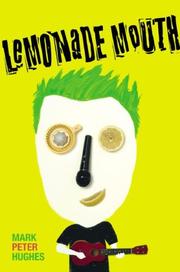 FICTION
Released: March 13, 2007
LEMONADE MOUTH
by Mark Peter Hughes
FICTION
Released: March 13, 2007
LEMONADE MOUTH
by Mark Peter Hughes
Five high-school misfits create a successful band, "Lemonade Mouth," despite constant attacks from popular rivals. One too shy, one too rebellious, all too eccentric and sent to detention, the group meets and accidentally discovers that they have musical talents in sync with one another. The music teacher spots their gift immediately, and pushes them to form a band. Against all odds, they battle their own fears and peculiarities, discovering a combined ability to create unusual, haunting music that charms the savage student body. When bad luck destroys their chance at fame, they find maturity instead. Young readers who've experienced the qualms of disrespect from the in-crowd will identify with the plight and the fight. Told from the perspective of the band members in diary entries, their individual characters emerge to charm readers, blending into a work with as much soul as Lemonade Mouth's music. (Fiction. YA)Read full book review > 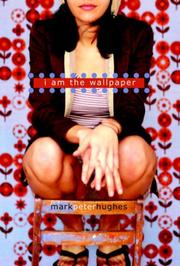 CHILDREN'S
Released: May 10, 2005
I AM THE WALLPAPER
by Mark Peter Hughes
CHILDREN'S
Released: May 10, 2005
I AM THE WALLPAPER
by Mark Peter Hughes
An amusing, quirky tale of a girl who feels invisible (but isn't) becoming embarrassingly famous in her community for a photo involving cleavage. When Aunt Sarah sends 13-year-old Floey a training bra—several sizes smaller than Floey needs—friend Azra snaps a gag photo of Floey posed seductively, bra over nightgown but creating neckline cleavage. Nasty cousins come to stay for three weeks and, with the neighborhood bully, post both the photo and Floey's diary online. Local 11-year-old boys and one 15-year-old are entranced. Floey temporarily loses her two best friends from love-triangle issues, but the diary's exposure causes nothing serious; the Web site must go, however, so the New Floey plots its demise. Along the way, she acquires purple hair, her very own Zen cowboy and the sweet idea that perhaps love sometimes lasts (proven by old people skinny-dipping blissfully at midnight). Marred only by typically teen-aged, but unnecessary slams of fat people. An entertaining contribution to the current private-diary-made-public trend. (Fiction. 9-12)Read full book review >