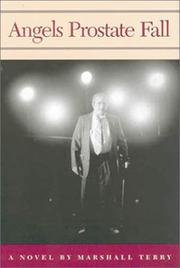 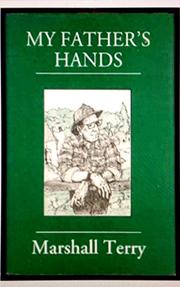 FICTION & LITERATURE
Released: Jan. 26, 1992
MY FATHER'S HANDS
by Marshall Terry
FICTION & LITERATURE
Released: Jan. 26, 1992
MY FATHER'S HANDS
by Marshall Terry
Plodding, programmatic memoir-fiction—about a father who is never quite successful financially but who leaves a lasting impression on his writerly son—that nonetheless deserves respect for its single-minded, dissertation-like affection. Despite the undistinguished prose, we come to care for the old man. The story begins on an Ohio farm where narrator Bo, a junior in high school, lives with his father, Marcus Northway, a man in his early 40s. Bo tries to write stories while father and mother (Louise) come to understand that rich Aunt Ida left them no money in her will. The father is no hero, then, but a grumpy misfit who lives with half his brain in the clouds. By the time Bo graduates, the father's career ``had ceased to follow an ascending arc and began to take on a zigzag....'' He loses his vice-presidency—he was a ``television pioneer'' who missed the boat—and eventually resigns from the station where he works to become a salesman. Bo narrates such decline, experiences the death of Grandpa Luke, and attends his father's college—as readers, we receive the dubious benefits of dorm-room debates, Marcus's visit to campus, and a visiting poet's residency: ``He had the most incredible voice and accent. His words were thick and seemed drowned in whiskey....'' Throughout, the father remains a cross between Willy Loman (``That's it, Bo, the crucial thing. Enthusiasm!'') and a more successful purveyor of the American Dream. Bo quits college, marries, and writes ad copy while his father first succeeds with a franchise for ``a method of salesmanship'' but then, after unsuccessful surgery for Parkinson's, declines and ends up in a nursing home, where he dies with his loving wife still looking after him. The narrator of the memoir reflects that ``By now I am approaching his age then.'' The second in Terry's Northway series (Tom Northway, 1968): sweet-natured but, in the end, a merely personal account. Read full book review >