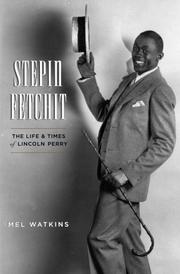 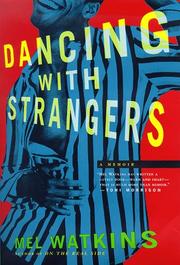 BIOGRAPHY & MEMOIR
Released: Feb. 1, 1998
DANCING WITH STRANGERS: A MEMOIR
by Mel Watkins
BIOGRAPHY & MEMOIR
Released: Feb. 1, 1998
DANCING WITH STRANGERS: A MEMOIR
by Mel Watkins
A former editor at the New York Times Book Review and the author of a well-received history of African-American humor (On the Real Side, 1994), Watkins here recalls his 1950s coming-of-age as a black youth in Youngstown, Ohio, and a student at mostly white Colgate University in Hamilton, New York. With measured and painstaking attention, Watkins details his thoughts and feelings, and people he knew, in his early life, examining the choices he made and his dawning consciousness of race. Reading the French existentialists in high school, he found himself ``suddenly immersed in ideas that seemed to support my own nagging suspicions about the absurdity of the social arrangement.'' At fraternity-dominated Colgate, far from home and friends, Watkins, though a basketball standout, was clearly an outsider. His story slows as he recounts weekend visits to Harlem and his interactions with coeds, black and white, at frat-house parties, but the details build to successful effect when Watkins, intrigued by James Baldwin's ``subtle, nuanced analysis'' of America's race problem, finds epiphany in that writer's still radical argument that race is a state of mind. His mother's own mixed background having shown the author that in America black blood is widely mingled with white, he determines to abandon the concept of race— to ignore others' assumptions about him as a black man and to renounce his own complicity in reinforcing those assumptions. The book's final page telescopes his later career in literary New York. Rich material, one might anticipate, for a subsequent memoir. Watkins sometimes traverses familiar territory about race, but with insight and telling detail—his description, for example, of the exhilaration of hurtling at high speed toward New York City while listening for the first time to Coltrane's newly released version of ``My Favorite Things'' (1960)—he manages to claim the era, and his identity, as his own. Read full book review > 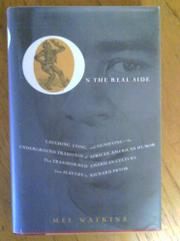 BIOGRAPHY & MEMOIR
Released: Feb. 1, 1994
ON THE REAL SIDE
by Mel Watkins
BIOGRAPHY & MEMOIR
Released: Feb. 1, 1994
ON THE REAL SIDE
by Mel Watkins
In this timely, encyclopedic, personable history of African- American humor, Watkins (journalist, editor New York Times) offers in his rich examples and unpretentious analysis a history of a culture through its entertainment and, in a wider context, an explanation of the functions of laughter among minorities. Starting in West Africa, the origin of over 50% of American slaves, Watkins follows the migration of black humor, its meaning, function, evolution in the South, and its influence on the white culture. An irreverent and aggressive private humor helped blacks survive, and Watkins contrasts this private humor with the public one—the submissive, naive, inept, ridiculous stereotypes that appeared in minstrel shows and later black comics. Thus Watkins offers a particularly potent example of how an endangered race survived by assuming the image created by its adversary: theories from Freud, Bergson, Langston Hughes, even Stepin Fetchit explain the gradual transformation of this public humor in various media- -black clubs, silent films, radio, TV, records, ``genre films''— and its new meaning to blacks and to their audiences. The public and private merge in the impious and outrageous style of the 70's, the cerebral Dick Gregory; the vulgar, slapstick, and power images of Whoopi Goldberg, Eddie Murphy, Bill Cosby, and Richard Pryor, to whom a final and eloquent chapter is devoted. Watkins's style is personal and vivid, and his eye for human detail animates whole sections on Harlem and the Apollo Theater, folk and street humor, early television, the ironic and ambivalent fascination of whites with black life, and their love affair with black entertainers of all sorts, from Lena Horne to Flip Wilson. A careful balance of example and commentary—as filled with the voices and laughter of black humor as with the pain, injustice, indignities, and exclusion that gave rise to it. Read full book review >