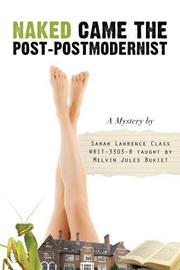 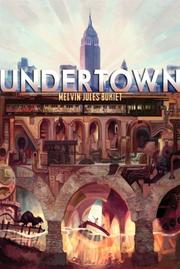 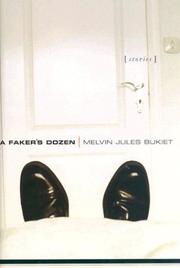 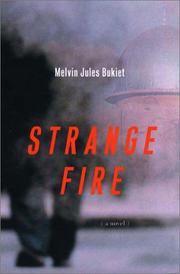 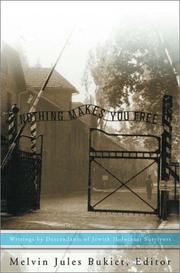 NOTHING MAKES YOU FREE: WRITINGS BY DESCENDANTS OF JEWISH HOLOCAUST SURVIVORS
edited by Melvin Jules Bukiet
"Tenderness mixes with rage, sorrow with bitterness, in this first-rate gathering of pieces by those who refuse to forget."
A superb anthology of prose work by members of the Second Generation. Read full book review > 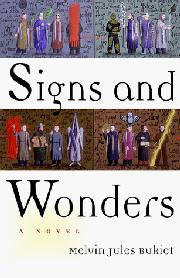 FICTION & LITERATURE
Released: April 13, 1999
SIGNS AND WONDERS
by Melvin Jules Bukiet
FICTION & LITERATURE
Released: April 13, 1999
SIGNS AND WONDERS
by Melvin Jules Bukiet
Bukiet (After, 1996, etc.) portrays a gentle Messiah who may or may not have arrived to redeem the bloody 20th century. The point-of-view character here is none other than Snakes Hammurabi—Hammurabi the lawgiver but, even so, as untrustworthy as a snake. Convicted of urinating on a church altar, Hammurabi is sentenced to a surreal concrete prison, moored on the shores of the Baltic Sea like a barge. His cellmates, numbering 11, are murderers, serial killers, and Nazis—the lowest of the low. There is also a 13th man, Ben Alef, who never speaks and whose origin no one, including Ben Alef, can recall. When a storm breaks the prison from its moorings, Ben Alef comes alive, effecting their escape and walking on water ahead of them as they, marvelously, do the same. Snakes is the first to recognize that Ben Alef, a Jew, is the Messiah of prophecy who, in his brashness and professed loyalty, becomes a kind of modern Peter. With his 12 criminal disciples, Ben Alef performs various and sundry miracles, and his followers become legion, until corrupt popes and presidents pay heed. Bukiet has a good time with the New Testament: Mary Magdalene, for instance, is portrayed as a cheap hooker who, healed of her physical debilities by Ben Alef, becomes only more desirable to men, compounding her problem. Meantime, Bukiet's Messiah is helpless, really more of an eternal victim than a savior. Caught up in the author's vicious portrait of Disneyland as a 20th-century hell masking as heaven, Ben Alef proves unable to deliver any meaningful message. He's "just another weakling, just another failure," and is assassinated, leaving humankind, as the 21st century dawns, in a more godless state than ever. Entertaining, but Bukiet stacks the deck of hopelessness, never allowing his Jesus to become more than a cartoon. Read full book review > 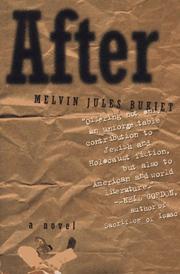 FICTION & LITERATURE
Released: Sept. 13, 1996
AFTER
by Melvin Jules Bukiet
FICTION & LITERATURE
Released: Sept. 13, 1996
AFTER
by Melvin Jules Bukiet
Bukiet (While the Messiah Tarries, 1995, etc.), fiction editor of Tikkun, draws on stories of his own family's survival of the death camps for this corrosive satirical novel of the Holocaust's aftermath. The story begins on the morning of the day that US troops liberate the inmates of the concentration camp at Aspenfeld, among them the 19-year-old Isaac Kaufman—an ex-yeshiva boy turned scrounger and scoundrel who's determined to prosper in the post- Liberation era by using the skills he acquired surviving the Nazis. He will augment those skills with the talents of Marcus Morgenstern, a former dentist trained in Dachau by the Nazis to be a master forger, and with the additional help of a motley crew of fellow death camp survivors. As Kaufman's schemes escalate from minor black marketeering into the wholesale creation of elaborate false documents (including a demented scheme for DPIDs—Dead Persons Identification—that is clearly a nod to Gogol's Chichikov), he becomes entangled with a supporting cast that includes a group of corrupt GIs; the well-meaning but inept representatives of the Joint Distribution Committee, a real-life Jewish charitable organization that draws considerable scorn from the author; and Isaac's mysterious brother Alter. Bukiet has a sharp eye for the gruesome anecdote and produces brutally cynical, crisp dialogue reminiscent of the hard-boiled 1940s-style detective novel. But the book runs aground for some 40 pages during an elaborately described costume party far too weighted down with symbolism, and Bukiet's lampooning of the US Army seems unoriginal, too much like secondhand Joseph Heller. Still, despite the longueurs and wildly uneven tone, those who persevere will find a conclusion that is surprisingly earnest, genuinely affecting and, largely because of what has gone before, deeply resonant. Read full book review > 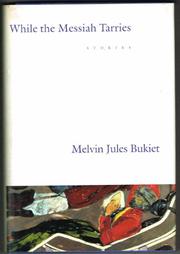 FICTION & LITERATURE
Released: June 1, 1995
WHILE THE MESSIAH TARRIES
by Melvin Jules Bukiet
FICTION & LITERATURE
Released: June 1, 1995
WHILE THE MESSIAH TARRIES
by Melvin Jules Bukiet
Nine eerie tales mainly concerning supernatural, sometimes horrifying, conundrums confronted by (usually) contemporary American Jews—in a second collection (Stories of an Imaginary Childhood, 1992—not reviewed) from the author of the dark, occasionally diverting fantasy novel Sandman's Dust (1986). Many of these stories sport a surprise—and often a nasty one- -at the close. In ``Gematria,'' a precious-stones dealer in Manhattan discovers that the special kind of emerald demanded by a (literally) murderous female customer is not what he'd supposed. Bouncy Alan Lapidus—in the most amusing piece here—plunges energetically into what he's sure will be the successful pursuit of ``The Big Metzia'' (bargain) in destitute but trade-needy Russia; he whoops it up in the former Evil Empire with the misty aid of a bewildering factotum, the all-knowing but—as it turns out— startlingly two-faced Igor. In ``Old Words for New,'' Professor Phragus, an Egyptologist, makes an otherworldly discovery in the cellar of an ancient temple. Other stories offer stirring reminders of the Holocaust: An assimilated Jewish lawyer ponders his insulated life, confronts a clammy link to a past of death and terror, and watches a silent film of Himmler messily killing pet chickens. The founder of ``The Library of Moloch''—survivor stories on tape—dies, jealous of the survivors' faith, in flames. The author also indulges in some theological cutups in ``The Devil and the Dutchman,'' in which a rabbi has a discussion with a rather tentative, bothered devil who's brought up short by the rabbi's demand: ``You want to meet the big fella?...Can't do it...I've got a few questions I'd like to ask myself.'' Bukiet's mordant twists and turns of invention have the squirmy tone of science-fiction mags, and his bitter, however admirable, sentiments are set in somewhat shrill hyperbole. Overall, then: readable tales of uneven quality. Read full book review >