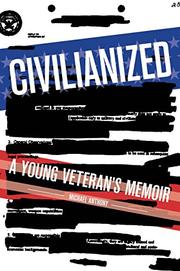 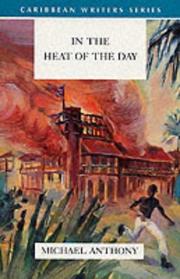 MYSTERY THRILLER
Released: June 19, 1996
IN THE HEAT OF THE DAY
by Michael Anthony
MYSTERY THRILLER
Released: June 19, 1996
IN THE HEAT OF THE DAY
by Michael Anthony
A slow-to-start but ultimately absorbing anatomy of a riot in the writer's native Trinidad—a first novel that is more about passion and political intrigue than about the policies that ostensibly provoke it. Setting his story in 1903, when Trinidad was still a British colony, Anthony revisits a seminal event in the island's struggle for independence as he details a plot to turn the vote on a Waterworks Bill into a riotous rebellion. The plotters are led by two women—Eva, a washerwoman, and Lolotte, a street vendor—and include Greasy Pole, famed for his jail-breaking skills; lawyer Maresse-Smith; and Clem, Eva's new boyfriend. Their plans to incite a riot are threatened by the British authorities and their informers (especially psychopathic cop Sergeant Holder, with whom Eva once lived) and also by moderates like Mzumbo Lazare, Eva's uncle and a prominent lawyer, and white fire-chief Captain Darwent, who's in love with Eva. As oppressors go, the British are pretty tame: At first, they just stand around as mayhem breaks out, waiting for a justice of the peace to be found to read—literally- -the Riot Act. Meanwhile, even though there's much exposition about the state of Trinidadian society, the sustained narrative tension, nicely detailed intrigue, and a number of quixotic individual concerns make this much more than a liberation treatise. Eva, using all her wiles, schemes to get Mzumbo out of town, Darwent to leave his firehouse at a crucial time, and Greasy Pole to escape from jail. And though the riot occurs, it isn't the British reaction but a spurned lover's jealousy that most threatens Eva, as an obsessed Holder stalks her through the violent crowd. The unfolding drama, the vivid characters, and a nail-biting finale, in which the political and the personal converge, more than compensate for this first novel's often earnest politics and prose. Read full book review >