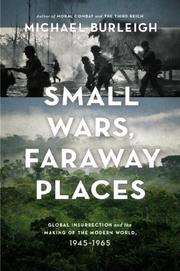 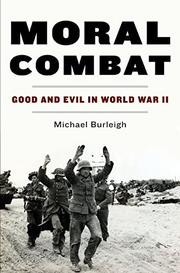 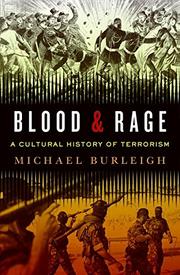 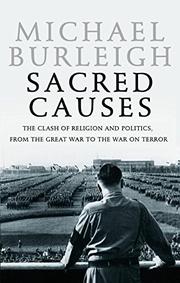 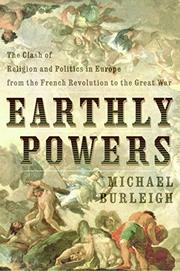 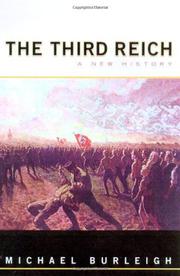 THE THIRD REICH: A NEW HISTORY
by Michael Burleigh
"A brilliant synthesis: lucid and felicitous, scholarly and compassionate."
A rich, comprehensive analysis of the rise and fall of Hitler's Germany, by historian Burleigh (Death and Deliverance, 1994). Read full book review > 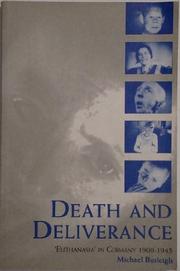 HISTORY
Released: Jan. 30, 1995
DEATH AND DELIVERANCE: 'EUTHANASIA' IN GERMANY C. 1900-1945
by Michael Burleigh
HISTORY
Released: Jan. 30, 1995
DEATH AND DELIVERANCE: 'EUTHANASIA' IN GERMANY C. 1900-1945
by Michael Burleigh
A chilling documentation of what happened in Germany when the Nazis seized power and put their ideas on eugenics and euthanasia into action. Burleigh (International History/London School of Economics; coauthor, The Racial State, not reviewed) points out that the Nazi program began with a humanitarian rationalization: Mentally and physically disabled children were subject to ``mercy killing'' as a form of deliverance. Soon, however, ``mercy killing'' evolved into the elimination of ``life unworthy of life'' as the Nazi killing machine expanded to include more and more victims, and as political, legal, moral, and religious opposition was quashed by the fear of reprisals and totalitarian power. Burleigh demonstrates how Nazi eugenics perverted German medicine and science: Scientists approved the sterilization of some 400,000 people between 1934 and 1945 to eradicate ``degenerative heredity'' in order to ``improve the race.'' Doctors, particularly psychiatrists, were encouraged to falsify medical records, give lethal injections, starve patients, and use other creative means of murder while ignoring the age-old dictum of the physician, ``Do no harm.'' Burleigh also details how asylum populations were decimated as managers, bureaucrats, lawyers, doctors, nurses, and other professionals, corrupted by monetary awards and promotions, played their parts in the Nazi murder industry. Daily killings became routine as Nazi propagandists extolled social Darwinism. Burleigh describes how victims were targeted, including Jews, foreigners, enemies of the Reich, gypsies, and those who lacked ``labor values.'' Occasional accounts of humanity brighten the grim story, as medical Schindlers saved patients from death by listing them as valuable workers who were badly needed. After the war, some of the Nazi eugenicists, tried at Nuremberg and in German courts, were executed, while others received light sentences. Most melted into the general population under new identities. A notable contribution to the history of Nazi Germany—and a sobering reminder of what can happen when the claims of science, bureaucracy, and expertise go unchallenged. Read full book review >