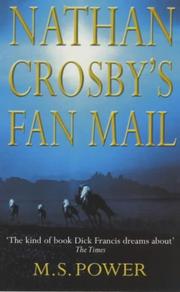 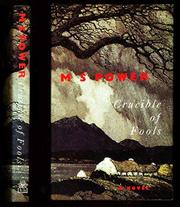 FICTION & LITERATURE
Released: May 1, 1991
CRUCIBLE OF FOOLS
by M.S. Power
FICTION & LITERATURE
Released: May 1, 1991
CRUCIBLE OF FOOLS
by M.S. Power
A would-be moving novel of madness and misery in the benighted Irish countryside, Power's seventh but first to be published in the US: a mawkish, manipulative piece of writing almost totally dependent on a reader's credulity. When stunning Deirdre marries shy 45-year-old bachelor Dan Loftus, the village gossips are out in full. Nothing good will come of it, they say, and of course it doesn't. Deirdre doesn't fall pregnant until after six years of marriage, and the baby, Sergei, is not quite right. When Sergei dies at five, Deirdre, who's become more and more remote, soon commits suicide. Poor Dan, now in his late 50s, also goes mad andwhen the farm's tools and furnishings are auctioned off to satisfy creditorsDan takes to the hills, where, as an aging savage, he eats raw flesh, catches fish by hand, and lusts after the local women. When some lads catch him watching their amorous trysts, they beat him, which in turn leads to new pursuits for the outcast. Dan takes to devising particularly nasty deaths for those who have offended him. Meanwhile, a young boy befriends Dan and brings him food, but it's too late. Dan, deciding to have the virgin Kitty for his own, takes her to an abandoned outbuilding where he ties her up and rapes her, but is too mad to see that she is starving to death. The villagers take their revenge, and the boy realizes that he has lost not only Dan but God as well. And there it ends. Not only Dan but everyone else is being used to make a supposedly moving statement about Irish life. Others have done it betterand with more conviction. Read full book review >