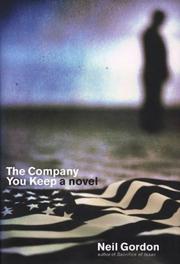 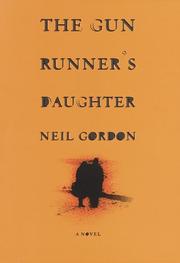 FICTION & LITERATURE
Released: Aug. 1, 1998
THE GUN RUNNER'S DAUGHTER
by Neil Gordon
FICTION & LITERATURE
Released: Aug. 1, 1998
THE GUN RUNNER'S DAUGHTER
by Neil Gordon
Plot-soggy sins-of-the-father tale that, like Gordon's debut, Sacrifice of Isaac (1995), tarts up conventional thriller melodramatics in densely layered ethical and religious complexities.Yale Law School student Allison Rosenthal's breezy, name-brand casual summers on Martha's Vineyard end forever when her wealthy father, Ronald, a shadowy, tough-talking broker for an Israeli weapons manufacturer, is arrested in America for selling arms to Bosnian Muslims in defiance of a UN trade embargo. Though Allison, whose grandparents were Holocaust survivors, has tried to distance herself from her father's business (as well as from his staunchly pro-Israeli politics), she knows that he's is guilty as charged, acting on secret orders from the White House. Unfortunately, the Justice Department wants to make an example of Ronald Rosenthal, and selects as its line prosecutor David "Dee" Treat Dennis, an ambitious New England WASP whose father is White House counsel. Dee and Allison had a passionate teenage romance on the Vineyard dunes a decade ago; the fires are still smoldering. Though Dee should recuse himself, he doesn't. It's enough that Allison wants to save her father—Gordon piles on pointless debates about the plight of assimilated Jews, the profit motives of arms manufacturers, and whether Allison is reliving the biblical Book of Esther. Wait—there's more: relentless reporter Nicky Dymitryck breaks into Allison's house in hopes of blackmailing her to help him bring down vile Greg Eastbrook, former Army Colonel and associate of Allison's father, who is now running for the Senate. An appearance by Peter Chevejon, the suave international crook from Gordon's first novel, doesn't help. Too many intricate, deviously charming characters can't stop themselves from making glibly patronizing speeches ("Arms are like roaches in a restaurant . . . , " says Nicky, "If you see them during business, you'll never see just one"). Such meditations are poor stand-ins for the action and derring-do that the genre demands. Read full book review > 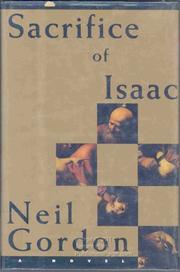 FICTION & LITERATURE
Released: July 1, 1995
SACRIFICE OF ISAAC
by Neil Gordon
FICTION & LITERATURE
Released: July 1, 1995
SACRIFICE OF ISAAC
by Neil Gordon
A tangled, ambitious geopolitics-as-family-romance debut thriller in the mold of Allan Folsom's bestselling The Day After Tomorrow (1994). Called home from years of self-imposed exile to the funeral of his father, formidable Israeli general-ambassador-defense secretary-professor Yosef Benami, his son Luke learns that he has to liquidate his father's estate and turn half of the proceeds over to his older brother Daniel, a deserter after the Yom Kippur War whom he's long thought dead. But Danni's not at his Paris addresslover Nicole Japrisot says he's been away for monthsand while Luke waits for Danni's return, having taken his place in Nicole's bed, someone breaks into her apartment and murders her. It must be Danni, Luke thinks, and in the immediate sequel kills a mystery man he can only assume is his elusive brother. But Natalie Hoestermann, the ObersturmbannfÅhrer's daughter who's been spying on him ever since coming to Paris (to find the man who poisoned her faith in her own father's heroic resistance to the Nazis), could tell him that the plot is infinitely more sinister and complex. Husbanding his tiny cast as carefully as a rosaryvirtually the only other character of importance is Peter Chevejon, Danni's partner in a years-long series of antiquities theftsGordon peels back layer after layer to reveal the tortured duplicity that's driven Danni for years and the agonized, treacherous sacrifice of his father that started the whole chain of deception and betrayal back in 1942. The result is a brilliantly conceived but slackly told story; the hero and heroine won't even meet until the epilogue. Because newcomer Gordon lacks Folsom's crude mastery of narrative drive, his own story is constantly outclassed by a series of essayistic digressions (many embedded in dialogue) on the morality of sacrifice. The characters, meanwhile, emerge from the creaky plot contrivances as if reflected in an endless hall of mirrors. Read full book review >