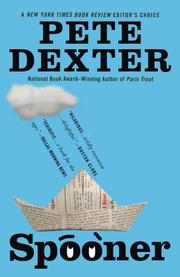 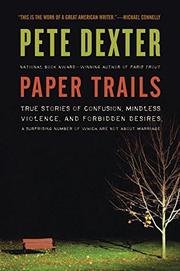 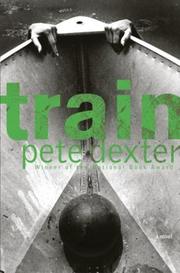 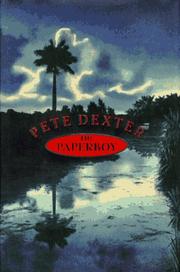 FICTION & LITERATURE
Released: Jan. 1, 1995
THE PAPERBOY
by Pete Dexter
FICTION & LITERATURE
Released: Jan. 1, 1995
THE PAPERBOY
by Pete Dexter
Since winning the National Book Award in 1988 for Paris Trout, Dexter (Brotherly Love, 1991, etc.) has tried, without success, to recapture that novel's intensity. He hasn't quite done it here, but this tale of a newspaperman's son and his coming to terms with both his gruff father and his more successful journalist brother is absorbing. Narrator Jack James has been kicked out of the University of Florida for vandalism (admitted on a swimming scholarship, he emptied the swimming pool) and returns home to drive a delivery truck for his father's paper, the Moat County Tribune. His brother Ward is an investigative reporter for the Miami Times. Ward and his partner, the foppish Yardley Acheman, come to Moat County to investigate a murder and hire Jack to drive their rental car. With them is Charlotte Bless, a sort of death-row groupie who, having seen a photograph in the paper of the man convicted for the murder, has taken a shine to him. At her encouragement, Yardley and the James brothers set out to prove him innocent. The prisoner, Hillary Van Wetter, is another of Dexter's gritty, rural tough cases with all the depth—and charm—of a swamp. As the investigation progresses, Jack, Ward, and Yardley, each prodded by ambition and desire, make moves that they later regret and that result, Dexter being Dexter, in violence. There are plenty of black-comic scenes here, like when Jack, stung by jellyfish on a beach jaunt with Charlotte, is saved by a group of female nursing students who urinate on him. But Dexter pops from one scene to the next without much focus. Perhaps he's exploring too much at once: what the brothers discover about themselves during the course of their investigative reporting on Van Wetter; the burdens of family expectations; the wages of ambition. A big story laid out in a workmanlike manner, but thematically fickle. Read full book review > 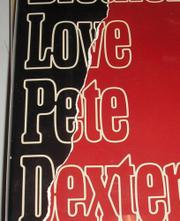 FICTION & LITERATURE
Released: Oct. 15, 1991
BROTHERLY LOVE
by Pete Dexter
FICTION & LITERATURE
Released: Oct. 15, 1991
BROTHERLY LOVE
by Pete Dexter
In his first novel since his NBA-winner Paris Trout (1988), Dexter tells the story of two cousins raised in a mob family in South Philadelphia. Peter Flood is only eight when he loses his little sister (to a neighbor's skidding car), then his grief-shattered mother (to a mental hospital), and finally his father Charley, ex-roofer and union boss. This is 1961; the Irish Floods control union jobs, the Italians and their aging boss Constantine control the streets. Disregarding Constantine's warning, Charley kills his aforementioned neighbor, an on-the-take cop, whereupon he is escorted to a meeting by his brother Phil from which he never returns. Not surprisingly, the relationship between the taciturn Peter and his uncle Phil, and sadistic cousin Michael, will be tense and wary. ``Youse are brothers,'' declares Phil; but that doesn't stop Michael from bashing his sleeping cousin with a hammer. Peter's refuge is the boxing gym run by Nick DiMaggio, a warmhearted type who builds while the mob destroys; nonetheless, when Phil is killed by the Italians (avenging the earlier rubout of Constantine), Peter agrees to help Michael reestablish control. Only when Michael orders Nick and his son Harry to be hit does Peter rebel, shooting his cousin at point-blank range. This novel is as dark as Paris Trout but lacks its narrative power, which derived from Trout's indomitable will battling the townsfolk. Here there is a similar tension in the fine opening section, Charley listening to his blood, his union brothers trying to stop the unstoppable; after that, the novel drifts and stalls. Peter is too passive for a struggle between the cousins to develop; nothing comes of the rumored war between the Irish and the Italians. We settle for a slow dance around Michael, a vicious creep but not big enough to pull everything together.*justify no* Read full book review >